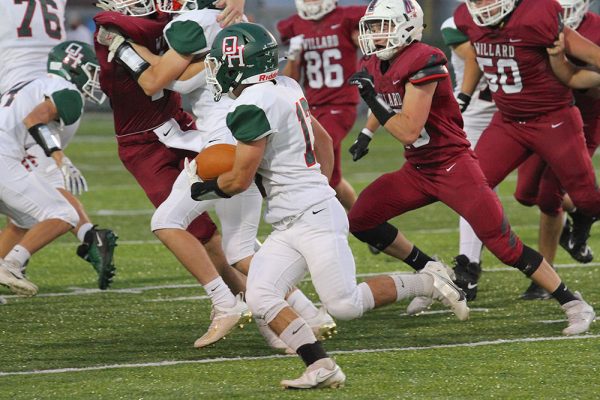 WILLARD — Following a tough loss to Edison, Oak Harbor needed to right the ship on Friday night, defeating host Willard in a blowout, 47-6.

The Rockets (2-3, 2-2 Sandusky Bay Conference Bay Division) scored three touchdowns in an eight-minute span in the first quarter to take a 20-0 lead, and never looked back.

Three of Oak Harbor’s touchdowns went at least 60 yards, a sign of just how dominant the victory was.

Collin Fauver, who rushed 11 times for 142 yards and three touchdowns, got the Rockets on the board with a 24-yard touchdown run,. Ryan Ridener, who had five carries for 84 yards, then had a 60-yard touchdown run, pushing the lead to 12 points, and Gannon Duty scored on a 73-yard run to make it 20-0 with a Fauver run on the conversion.

“We wanted to be physical with the running game, and we accomplished that,” said Oak Harbor coach Mike May. “Our offensive line and our wide receivers were doing a nice job of blocking. Ryan and Collin are good running backs for us, and with Ashton out, we knew we needed to establish the running game.”

In the second quarter, Oak Harbor put the game away when Fauver scored on a 31-yard touchdown run and Eli Sherman returned a fumble 33 yards for a score and a 33-0 lead.

The Rockets held the Willard offense in check all night, allowing only a touchdown in the fourth quarter with the game in hand. 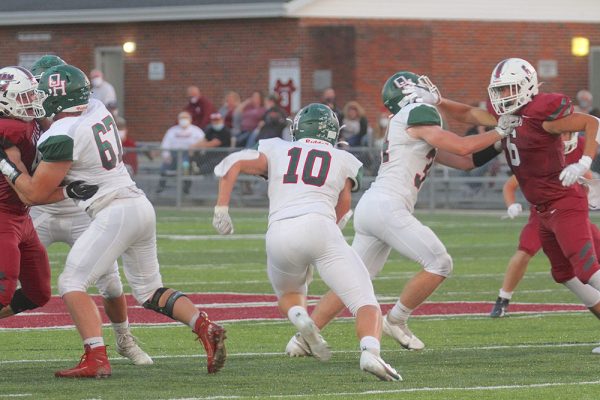 The Rockets offensive line opened some big holes for Ryan Ridener, who had five carries for 84 yards and a 60-yard touchdown run in the 47-6 win. (Photos by Julie Overmyer)

“That was a big key for us, keeping their running back in check. He’s one of the top running backs in the Bay,” said May. “We wanted to keep him bottled up and limit big plays. We got some turnovers and took the momentum, not giving up big plays.”

“It was huge for us, coming off two tough losses to two really good teams, and losing our starting quarterback,” said May. “I’m proud of the way our kids responded. They’ve continued to practice hard and they came out and played well on Friday night.”