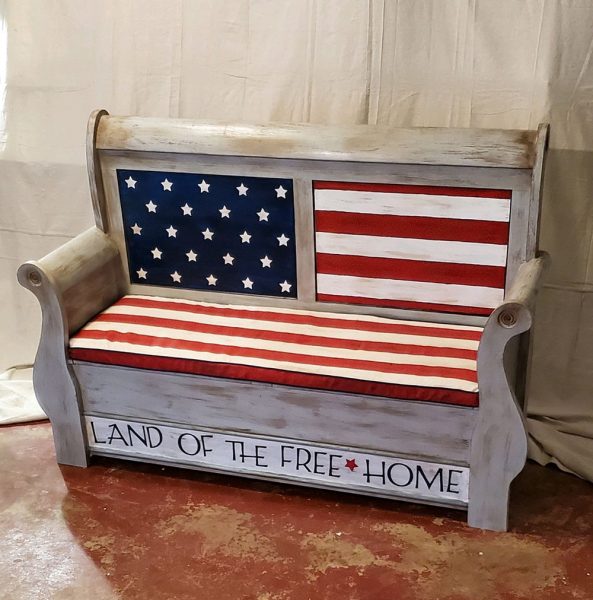 Kyle Stephens was a protector. A protector of his family, friends and country.
Stephens, an Oak Harbor native, carried that valuable trait with him as he served his country in the United States Marine Corps and fought admirably in Iraq and Afghanistan. Sadly, he passed away last month following a battle with PTSD and left behind a family that is in need of the community’s help. 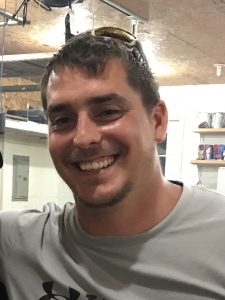 Friends of the late Kyle Stephens are hosting a special fundraiser for the military hero from Oak Harbor on Aug. 31 at Howey’s House of Brews. One of the many items to be raffled off is a custom-made patriotic bench.

On Aug. 31, a fundraiser will be held in Oak Harbor in his honor to raise money for his wife, Kara, two step-children, Kennedy, 13, and Hunter, 10, and daughter, Kendall, 3.

The fundraiser, which will be held at Howey’s House of Brews, 131 West Water St., is being coordinated by Stephens’ sister-in-law, Shawna Balduf.

The event features a cornhole tournament that begins at 1 p.m. and requires a $20 donation. (Registration can be done before the event or on Saturday, but the latest it can be done is 12:30.) A $10 donation earns a Jimmy G’s pulled pork sandwich, a choice of two side dishes and a dessert. (To-go containers are also available.)

Throughout the day, there will be 50/50 drawings.

There are ticket raffles for three items — a hand-painted cornhole board with bags; a custom fire-pit ring; and a custom-made patriotic bench. And, finally, there are basket raffles. (There are at least 10 baskets that have been donated to the event.) The cost is $1 for one ticket, $5 for six and $20 for an arm’s length. Drawings for the baskets will begin at 2 p.m. and end at 6 p.m. (People do not need to be present to win any of the raffles.)

Balduf talked about the hardship her sister, Kara, is currently facing.
“Kara has a mortgage, utilities, funeral costs and three kids to raise by herself. Kyle was the provider. She needs a little bit of help right now. We thought this benefit was something we could do to help her not have to worry about this month’s mortgage or car payments,” said Balduf.

“Kennedy is in eighth grade, Hunter is in fifth grade and Kendall is entering preschool. Feeding three kids is demanding. You don’t realize how much you have to pay for things until that extra help from your spouse is not there anymore. We want the kids to be taken care of.”

Balduf remembers Stephens fondly because of his personality and commitment to his family.

“He was a great guy. He had a good heart, and a smile that could light up a room,” said Balduf. “He had a big personality — everywhere he went he made a friend, and his friends became family. He was a loving husband and father. He was just a great guy and an all-around good person. He lived life on his terms.”

Stephens graduated from Oak Harbor in 2007 and entered the Marine Corps. He was in the service for four years before returning home. Stephens worked at Davis-Besse, first in the security department and then in the documents and duplication department.

“That allowed him to be home more,” said Balduf. “He did that for his family.”
Most recently, he had accomplished a major goal, graduating from the Peace Officer Training Academy at Terra State Community College, and then passed the exam.
“He graduated from the program in April and passed the test in May,” said Balduf. “We’d like to do a scholarship for a Peace Officer job at Terra State Community College and sponsor someone through the police academy.”

Balduf noted that during this time of need, the support from the village has been terrific.

“This community has been phenomenal in their support of the family,” Balduf said. “We couldn’t ask for a better community.”