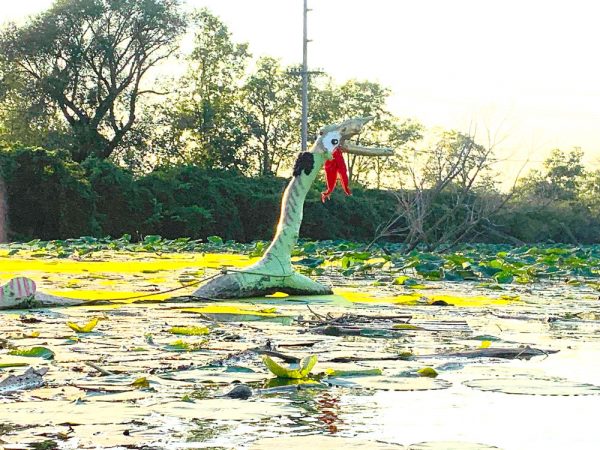 Several residents have reported the presence of a snakelike shape in the Portage River just off downtown Oak Harbor, which some have described as the Portage River Monster. The Oak Harbor Police Department, which routinely checks the river for disturbances, became aware of the figure during a routine patrol.

“We regularly watch the river and thought this was a run-of-the-mill log. Obviously, it is something more serious,” said Oak Harbor Mayor Quinton Babcock.

Police officials urged caution, but emphasized that there is no cause for panic.

“We are aware of the situation and advise paddlers to use caution when passing through,” said Oak Harbor Chief of Police Eric Parker. “In the event that there is any danger, we are well prepared to protect our shores.”

The Village administration is currently reaching out to ecological experts to learn more about the creature.