OCTA to see a significant boost in funding, bus routes 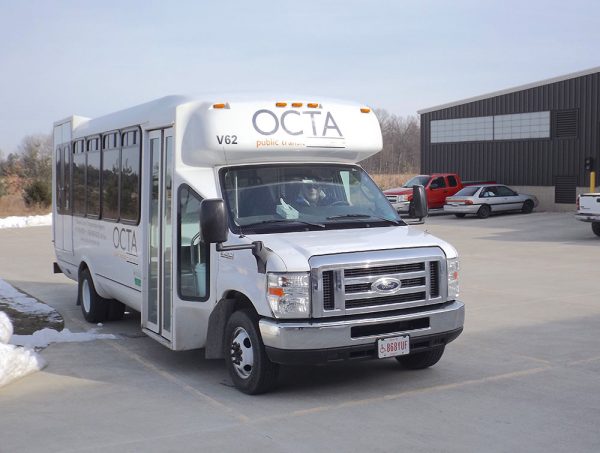 The fleet of white OCTA buses are a familiar sight on the highways and byways of Ottawa County.

The Ohio Department of Transportation recently announced a total of over $100 million in grants awarded to public transportation agencies across the state. Among the recipients is the Ottawa County Transportation Agency (OCTA), who were awarded a $1.4 million federal grant and a $170,000 state grant to assist with matching the federal dollars. In addition, OCTA is receiving an EPA grant of $83,877 from the Ohio Diesel Mitigation Trust fund to replace diesel fueled buses with propane fueled buses. In total, the grants exceed $1.6 million.

“It’s great news for public transit in Ohio and it’s great news for Ottawa County,” said Laurie Cleaver, director of OCTA. Cleaver said much of the newly awarded grant funds are going toward a pilot program that OCTA is in the process of developing for what is referred to as a “deviated route” in the Port Clinton area. 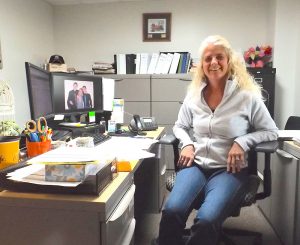 The riders aboard the OCTA buses range from people with disabilities, aging or in wheelchairs, said Director Laurie Cleaver, to all of the residents of Ottawa County who simply need a dependable ride to any destination. (Photos by Philip Wheeler)

This new route will consist of a regularly scheduled loop around Port Clinton and the surrounding area, with possible stops including common shopping destinations such as Kroger and Walmart. The new route would be added to OCTA’s current scheduled ride program. OCTA is also working with neighboring public transit organizations, such as TRIPS in Sandusky County, on potential partnerships.

“I think the biggest misconception regarding OCTA and public transit is that we only transport people with disabilities, aging or in wheelchairs, but we transport anybody for any reason,” said Cleaver.

Described as “one of the best kept secrets in Ottawa County,” residents utilize OCTA rides for shopping, employment, dinner, sporting events, medical appointments and even visits to the park.

OCTA is also continuing its efforts to be more environmentally friendly. Their fleet already includes a 35-foot bus that runs on propane, rather than gasoline, reducing harmful emissions. OCTA plans to modify new vehicles to run on propane as well over the course of the next year. In addition, OCTA facilities are heated using recycled waste oil, and green energy sources such as solar power and geothermal underfloor heating are used for their storage building.

OCTA transportation services are available seven days a week, with vehicles running from 6 a.m. to 11 p.m. within the county. One-way fares in-county are $3.50. For more information, or to schedule a ride, call 419-898-7433. 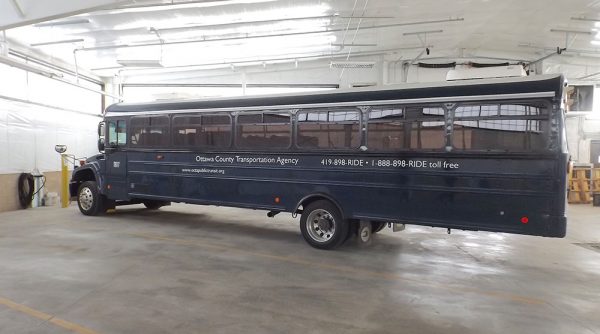 For group trips, OCTA has a bus that can handle a crowd of riders.