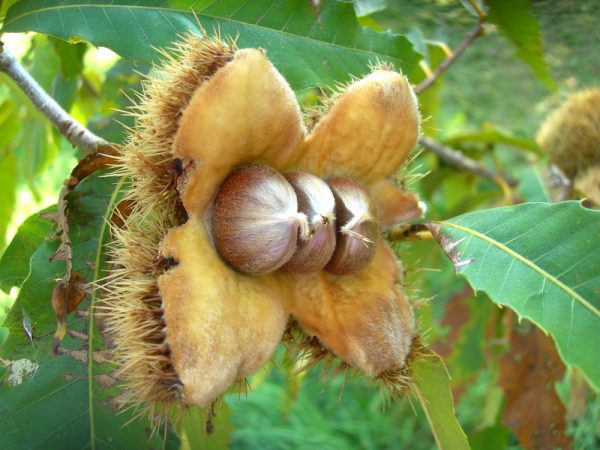 “The American chestnut was such an iconic tree in Ohio and across Appalachia, and we’re launching this reforestation project so that we can see it thrive once again in our forests for its many ecological and economic benefits,” said Gov. Mike DeWine.

Native populations of American chestnut were devastated by the chestnut blight disease that was accidentally introduced to North America from Asia during the early 1900s. The American chestnut was prized as a food source for both humans and wildlife, as well as for its lumber, which was notable for the grain, ease of working, and rot resistance. Sprouts from native tree stumps can grow up to 30 feet before they succumb to the blight, which is still present.

Donated by TACF, 425 of the year-old seedlings will be planted at Hocking State Forest, with the remaining 825 divided among other ODNR properties. These seedlings are known as potentially blight resistant (PBR) chestnuts since they have been bred with the Chinese chestnut tree, which is highly resistant to the blight. These hybrid seedlings are fifteen-sixteenths American chestnut, bred to provide blight resistance while retaining the favorable properties of the native American species.

Tree shelter tubes will be installed on many of the young trees to provide a greenhouse-like atmosphere, offer protection from wildlife browsing, promote growth, and increase seedling survival.

Over the last five years, nearly 4,000 American chestnut seedlings have been planted on ODNR sites. Chestnut tree plantings are monitored and maintained by the ODNR Division of Forestry and the Ohio chapter of TACF.

To learn more about the American Chestnut Foundation and its restoration efforts, visit acf.org.