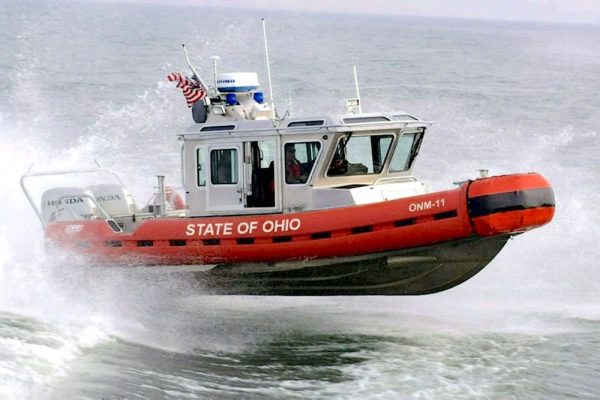 The Ohio Naval Militia (ONM) is an organized military unit that has been serving the State of Ohio and our nation since 1896. The unit, which serves under Ohio’s Adjutant General and is headquartered at the Camp Perry Joint Training Center in Port Clinton, is recruiting militia members.

Its current mission is to patrol the waters adjacent to the Camp Perry Training Center, to keep vessels from entering the impact area during live-fire exercises. This mission supports the State of Ohio and the U.S. Department of Defense by allowing the range to operate without interruption as armed service personnel perform weapons qualifications as part of their training or prior to deployment.

Additionally, the ONM assists in times of natural disasters or other emergencies, as called upon by the Governor or the Adjutant General.

If you are 17 or older and want to serve Ohio in a naval defense force, the ONM needs you.

If you would like to learn more about nautical operations and the Ohio Naval Militia and would be willing to volunteer one weekend a month and a week of annual training, please contact the ONM recruiting officer, ENS Bergsman, at 614-654-4424 or joinohionavy@ohnav.us for more information.