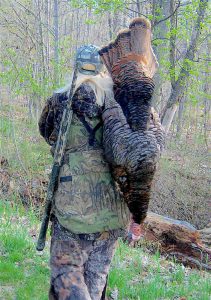 The fall turkey hunting proposal was part of a larger package of season dates that were presented to the Ohio Wildlife Council, and includes small game, waterfowl, and furbearers.

Wild turkey populations have declined throughout Ohio after several years of below average reproductive success. The proposed reduction in the fall hunting season length goes along with a reduced limit for the spring season.

Other proposals include the traditional start dates of squirrel and mourning dove on Thursday, Sept. 1, furbearer hunting and trapping on Thursday, Nov. 10, and rabbit and pheasant on Friday, Nov. 4.

White-tailed deer hunting seasons will be presented to the Ohio Wildlife Council on Wednesday, Feb. 9. A statewide hearing on all proposed rules will be held on Thursday, March 24, at 9 a.m.