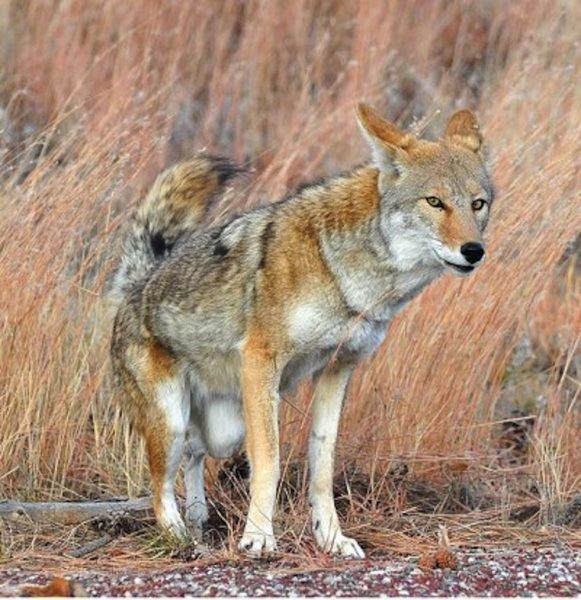 The Ohio Wildlife Council will study a proposal by the Ohio Division of Wildlife to require coyote hunters, as well as trappers, to have an Ohio Fur Taker Permit. (U.S. Fish and Wildlife Service)

Proposed small game and migratory bird hunting seasons that begin next fall were presented to the Ohio Wildlife Council last week by the Ohio Division of Wildlife. Among the proposals are several changes recommended to increase hunting opportunities in Ohio.

A change from the U.S. Fish and Wildlife Service provides additional waterfowl hunting days to members of the U.S. armed forces. In response, it was proposed to permit active military and veterans to hunt during the two-day youth waterfowl season, Oct. 3-4. The opening date for waterfowl hunting in the North Zone was proposed to start one week later on Oct. 24, allowing for more November hunting days later in the season.

The 2021 spring turkey season opener could open on Saturday rather than Monday in both the South Zone and Northeast Zone. The proposal is designed to provide two additional weekend days for wild turkey hunters. The South Zone opening date was proposed for April 24, 2021, and the Northeast Zone opening date was proposed for May 1, 2021. The statewide 2021 youth turkey hunting season dates were proposed for April 17-18.

A complete list of proposed hunting season dates for 2020-2021 are available at wildohio.gov. Proposals concerning Ohio’s white-tailed deer hunting seasons will be presented at the next Ohio Wildlife Council meeting on Feb. 19.

Ohioans are encouraged to provide comments on the proposed rule changes and may do so in person or online. In-person comments can be submitted during the weeklong open house period from March 2-6, 2020, at any Division of Wildlife district office. Online submissions can be made at wildohio.gov beginning Feb. 21, 2020.

The Ohio Wildlife Council is an eight-member board that approves all Ohio Division of Wildlife proposed rules and regulations. Council meetings are open to the public. Individuals interested in providing comments are asked to call 614-265-6304 at least two days prior to the meeting to register. All comments are required to be three minutes or less.

A statewide hearing on all proposed rules will be held at the Division of Wildlife’s District One office on Wednesday, March 25, 2020 at 9 a.m. The office is located at 1500 Dublin Road, Columbus.