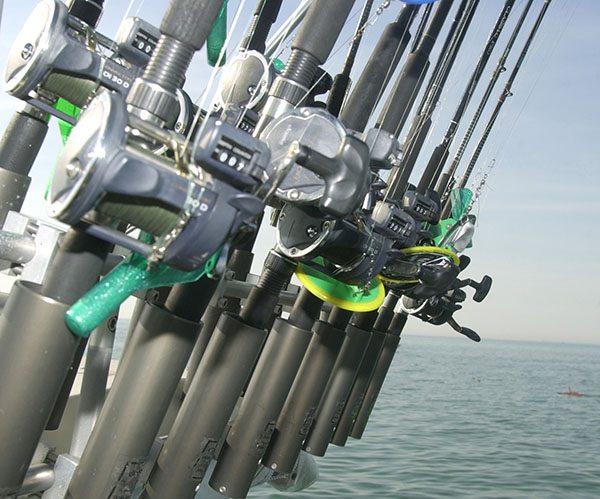 Many of the Lake Erie anglers who troll to catch their Lake Erie walleye have long promoted expanding the legal number of fishing lines allowed in the water for each angler from two to three lines. (Photo by D’Arcy Egan)

The Ohio Wildlife Council received several new fishing proposals at its monthly meeting last week that could take effect Jan. 1, 2020, including an expansion of the two-rod rule per angler while fishing for Lake Erie walleye. The proposal would allow each fisherman to simultaneously fish with three fishing rods.

“Ohio offers many opportunities for people to get outside and enjoy a fishing or hunting trip,” said Division of Wildlife Chief Kendra Wecker. “These proposed regulations are designed to protect our fish and wildlife resources so that future generations can enjoy them in the same way.”

The Division of Wildlife has proposed increasing the number of lines per angler to three while fishing in Ohio’s portion of Lake Erie, including areas immediately upstream in creeks, rivers and tributaries. Under current regulations, an angler can fish with up to two lines simultaneously statewide.

On the Ohio River, it was proposed to reduce the combined daily bag limit of sauger, saugeye or walleye to six fish. An additional proposal would establish the sauger, saugeye and walleye length limit at 14 inches in the western fishing unit (South Point west to the Indiana state line). These proposals are designed to align Ohio River fishing regulations with bordering states.