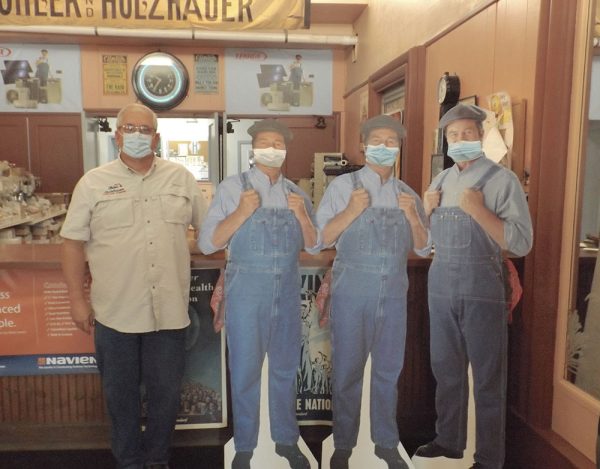 David Dubbert and some of his showroom sidekicks are ready to greet home and business owners that are having plumbing, heating and cooling or air quality issues. (Photo by Phil Wheeler)

For the first 100 years of our nation’s history, home heating in a heavily forested America was dominated by wood. It was not until 1885 that the nation would burn more coal than wood, and eventually coal gave way to oil heating.

Things have changed a bit in the last 100 years, and Ohler & Holzhauer have been at the forefront of that change, serving the residents of Ottawa County and the surrounding area for 105 years. Whether it’s plumbing, heating and cooling or air quality, Ohler & Holzhauer has skilled service personnel and the experience to provide homes and businesses with time-tested quality and personal service.

The company was founded in 1915 by Adam Ohler and Albert Holzhauer, who were partners and brothers-in-law. Ohler was killed in an electrical accident in the 1920s, and Holzhauer ran the business into the 1960s.

In the beginning, the business was quite simple. The company started out in plumbing, heating and awnings, servicing their customers by using bicycles for transportation and carpetbags to transport their tools.

“They started out by doing a lot of boiler work, both residential and commercial,” said current owner David Dubbert. “They did a lot of plumbing. Their first service vehicle was a Ford Model T truck with the company name on the side.”

Today, Ohler & Holzhauer has a fleet of 12 service vehicles, and a staff of 17. Still a family-owned and operated business, Ohler & Holzhauer strives to continue to uphold the tradition of quality service and customer care that began in 1915. 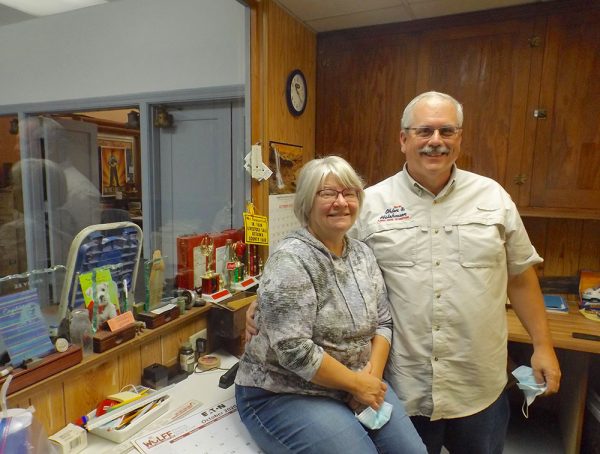 David and Lisa Dubbert are at the helm of Ohler & Holzhauer as the company celebrates its 105th year in business. (Photo by Phil Wheeler)

The business was originally located in Port Clinton at the corner of Madison and First Street, which is now Perry Street, in a small wood frame building. It moved to 103 Madison Street in 1987, when Frank Dubbert purchased the old Clinton Theater building at 216 Madison Street and relocated the business there after extensive renovations, including a new roof and leveling of the theater floor.

“(The building) was in pretty sad shape,” said Dubbert. “You walked into what was the main part of the building and you could see the sky through the roof. We tore all the seats out, and the plaster and molding. It took 17 tandem loads of stone to just create a ramp for the trucks so that we could fill in the rest of the sloped floor.”

At the time, Frank’s son David became more involved in the company and today owns and operates Ohler & Holzhauer out of the same downtown location.

David Dubbert has been working at Ohler & Holzhauer since 1969.

“I started when I was 13. I remember spilling a bucket of white paint all over the front of the building. Now, I have 51 years of experience,” he said.

There has not been a “Holzhauer” involved in the business since the early 70’s, but the name remains the same.

“We have been a big part of the community for such a long time, and the name is trusted,” said Dubbert.

When it comes to running a 105-year-old business, David and his wife, Lisa, have a simple philosophy.

“We enjoy helping people. We have been a part of the community for a long time, and the community has always supported us,” he said. “We want to give back. We have enjoyed doing this. The customers are wonderful, and in this business you can really help people.”

A visit to their downtown Port Clinton offices on Madison Street is a visit to the past. Old signs chronicling the history of heating and plumbing grace the walls, and a century old water heater occupies a prominent spot on the floor. Pictures depicting the lineage of the company’s owners have an honored place on the wall, and steel model cars have their own showcase. It is like a museum, and worth a visit.

Ohler & Holzhauer also offers 24-hour emergency in-home service and repairs because, said the Dubberts, sometimes things happen to your heating, cooling or plumbing systems when you least expect it.