Opponents of Davis-Besse bailout fail in bid to quash HB6 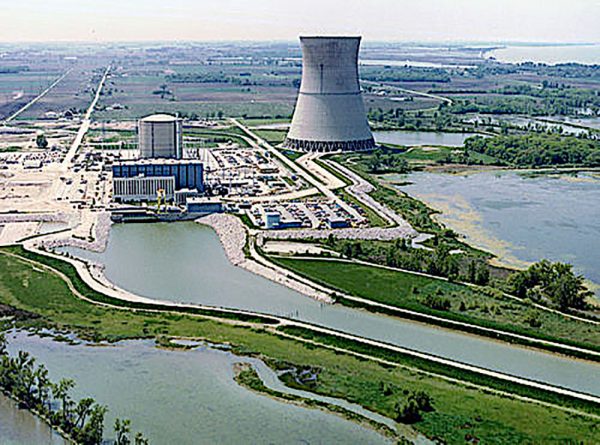 The Davis-Besse Nuclear Power Station on the Lake Erie shoreline in Ottawa County will continue to generate nuclear power for years to come after a legal challenge to House Bill 6, which allowed a ratepayer-financed bailout of the plant, fell far short of signatures needed and was dropped. (NRC.gov)

The Davis-Besse Nuclear Power Station will continue to generate electrical power for years to come. An appeal to reverse House Bill 6 that subsidizes the plant suddenly ended last week when Ohioans Against Corporate Bailouts fell far short of signatures needed for a referendum aimed at placing the issue on the Ohio ballot.

Many around Ottawa County had supported House Bill 6, including the Benton-Carroll-Salem School District in Oak Harbor, which would have lost millions in revenue if the power plant was shut down. B-C-S was still facing drastic cuts in revenue from a devaluation of the power plant, and managed to narrowly pass a $3.9 million, five-year levy in November to help balance its budget. 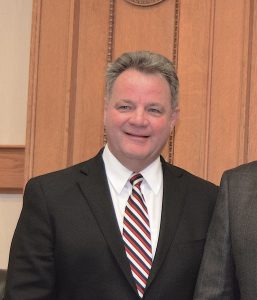 “The Ottawa County communities and people in the region fought for House Bill 6, and partnered with Commissioner Jerry Cirino of Lake County, where the Perry Nuclear Power Plant was also scheduled to be shut down,” said Ottawa County Commissioner Mark Stahl. “A lot of counties look at (Ottawa County) and envy how well we get along and work together.

“This region came together to recognize the importance of the Davis-Besse plant. The successful HB6 legislation was a reflection of our communities working together for a common cause.”

Stahl pointed out that the average Davis-Besse worker is paid $88,000 a year, and House Bill 6 saved 700 jobs. “Davis-Besse pays local taxes and their workers salaries trick back into the community,” said Stahl.

Plant officials have said Davis-Besse could operate for at least 20 more years.

“With abundant natural gas, this is a tough time for the nuclear industry,” said Stahl. “The boom in natural gas is not forever, though, as the market us telling us. Davis-Besse nuclear power has zero carbon emissions, and I believe nuclear should be in our power portfolio, as well as clean sources of energy such as wind and solar.”

Stahl is very familiar with the Davis-Besse plant, touring it many times with Nuclear Regulatory Commission experts tasked with protecting public health and safety related to nuclear energy production.

“The Davis-Besse plant is in excellent shape, and the NRC has required many capital improvements over the years,” said Stahl. “It is certainly a major employer for Ottawa County, as well as Wood and Lucas counties and the entire region.

Ohioans Against Corporate Bailouts had gathered 221,092 signatures in a bid to put a statewide referendum aimed at repealing HB6 on the 2020 ballot. It came up more than 44,000 signatures short of the minimum number needed.

FirstEnergy Solutions is emerging from a bankruptcy reorganization. It is becoming a privately-held company called Energy Harbor. In a recent announcement, Davis-Besse could become a pilot site for hydrogen production research to determine if nuclear plants can also produce hydrogen for industrial and commercial customers.