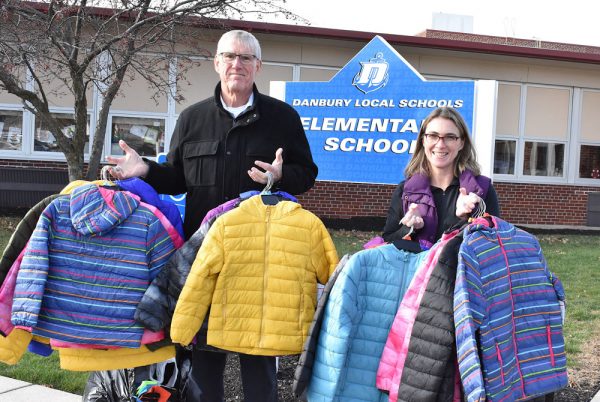 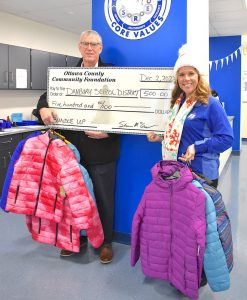 Each year, the Ottawa County Community Foundation (OCCF) distributes thousands of dollars in community grants and student scholarships. Yet, many locals don’t know they exist. On Nov. 29, OCCF joined forces with Ida Rupp Public Library to host a Giving Tuesday Open House community event. OCCF opened its doors for tours of its office, affectionately called “The Little Blue House,” during the event, which provided free goodies and activities for all ages.

OCCF President Shea McGrew said the event was a way for the foundation to gather the donations in observance of Giving Tuesday while also giving back to the community.

“A lot of people don’t know about the Ottawa County Community Foundation, and we wanted to create an event that would attract them here, but we wanted to give back as well,” McGrew said. “There is such a disparity of what kids have and don’t have in the schools.”

The Bundle Up campaign and the Open House were organized by OCCF board member Brenda Haas.

“Brenda did all the legwork, and the library offered to be a drop-off location. They partnered with us to our hands,” McGrew said.

The Ottawa County Community Foundation (OCCF) is a non-profit public charity that manages more than $11 million in charitable funds that support organizations with a focus on the arts, education, health and human services, economic development and natural resources. This year, OCCF distributed $82,500 in community grants to nearly 40 organizations and $137,690 in scholarships to area students. 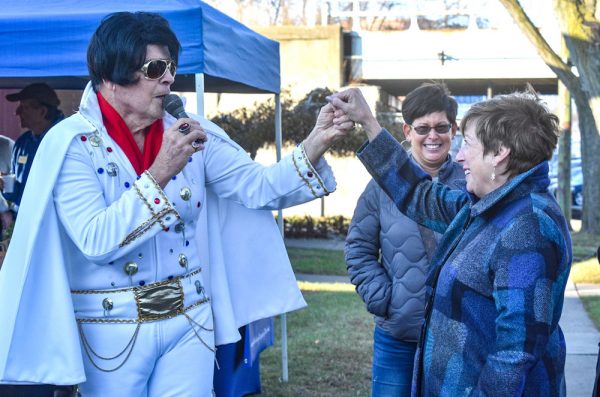 While OCCF impacts thousands of people each year by spreading charitable fund throughout the county, it was all about spreading fun at the Giving Tuesday Open House. Eleven-year-old Cosen Lonsway of Port Clinton had fun climbing in the MRAP armored vehicle brought to the event by the Ottawa County Sheriff’s Office Special Response Team.

“I love it. I want to drive it home and say, ‘Mom, get in,’” Lonsway said. “I ate some cookies, made a snowflake, met Santa, and got a candy cane.”