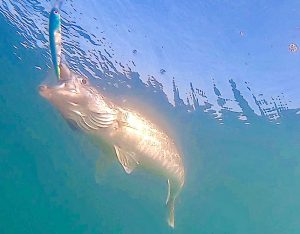 Fishermen are trolling Lake Erie with diving plugs, or crankbaits, to catch trophy walleye as the summer season winds down.

The fishing report has remained the same this week. The windy conditions have made it very nautical. All over the country, the weather is determining when and where we could fish.

Casters had productive days probing the reefs and the rocks, which were producing good numbers. Gull Reef and Kelleys Shoal had better numbers of yellow perch. At the Huron dumping grounds, both casters and trollers did well when the wind and weather permitted.

Trollers have now switched to crankbaits, with Bandits and Reef Runners dominating this week’s selection of diving plugs. The lures are being set back 90 to 120 feet back while using a 2-ounce weight to get them down in the water column. The weather buoy area on the Ohio-Ontario border was producing walleye at the beginning of the week, along with the old C Can on the Canadian line. The brisk winds made it difficult to find consistency.

The yellow perch fishing continues to be sporadic, but if you were around the islands and focusing on A Can and B can you could catch them. Some decent catches were caught inside the can lines in 20 to 22 feet of water. It seems like the perch caught there were unaffected by the spiny fleas that other perch have been feeding on.

Catfishing has remained strong and popular. I drove over the Sandusky Bay bridge the other day and there were boats fishing for catfish on both sides of the bridge.

We did get a bit of good fishing news this past week. Ohio anglers can now go to Canada to go fishing. With the weather that we have had this week, however, we haven’t gotten any reports from anglers who are fishing Canadian waters just yet.

This weeks report is a short one. The crummy weather we had this past week is to blame. So until next week, get out there and fish!