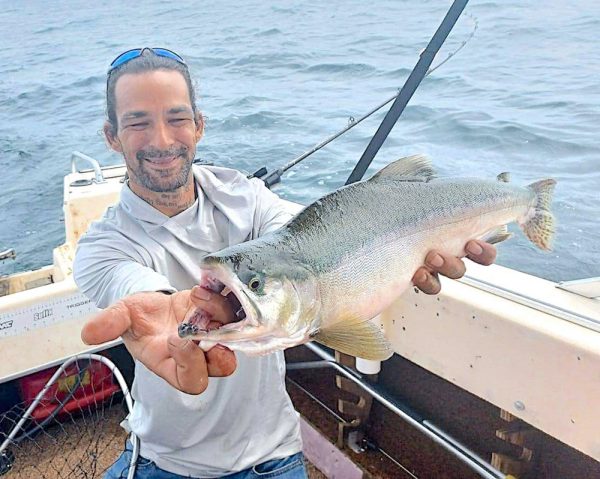 The weather got better this week and so did the fishing. If you were out casting then you know that casting for walleye was strong. The shallows and the rock piles were the best producers this week.

All around Kelleys Island in 10- to 15-foot depths using single hook Weapons spinner rigs were hot baits. Also there was deep water action at the Huron dumping grounds. All of the walleye there were very deep. Casters were using 1.5-ounce weights with a slow retrieve along the bottom.

Trollers were beating them up but it was a long ride for them. The weather buoy northeast of the Lake Erie Islands on the Ohio-Ontario border has been red hot. Limits of walleye were being caught in just a couple hours. Crank baits are back in the news. Trollers have been using speeds of 1.8-2.1 miles per hour while using the crank baits running behind a 2-ounce weight. Walleye that have been caught both casting and trolling have been exceptional in size.

Perch fishing has been the best in weeks with Niagara Reef, D Can and G Can being the best spots. Shiners have been available but they have been on the bigger side, so anglers have been cutting them in half.

The catfish bite has remained strong and the most consistent. Both sides of the old Sandusky Bay bridge have been excellent for catfish. As usual, raw shrimp have been the best way to go bait-wise.

As always, be courteous to other boaters when out on the lake and have some fun.