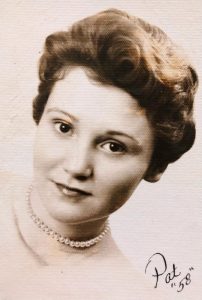 Patricia A. Hayes, 80, of Port Clinton, OH passed away Wednesday, May 5, at The Willows at Bellevue. She was born Nov. 11, 1940 in Cleveland, the daughter of John and Bertha (Zodnick) Pengov. She married Michael Hayes on Jan. 23, 1960. Patricia was a homemaker and worked in Property Management in Pennsylvania and was the secretary for the Superintendent of Schools in Steamboat Springs, Colo. She was a member of Immaculate Conception Catholic Church, Port Clinton. Patricia was a talented artist and musician.

Visitation was held Monday, May 10, at Neidecker, Crosser & Priesman Funeral Home & Cremation Service, 1124 Fulton St. Port Clinton. A memorial mass will be held at a later date. In lieu of flowers, memorial contributions may be given to Stein Hospice, 1200 Sycamore Line, Sandusky, OH 44870. Online condolences may be shared with the family at www.neideckercrosserpriesman.com.