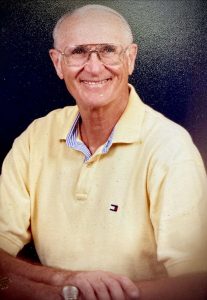 In his teens Paul and his family moved from Tiffin to Port Clinton, where they collectively worked at several family-owned businesses. On Oct. 16, 1948, Paul married his life-long sweetheart Patricia A. Price, who passed away in Florida April 16, 2015.

Paul spent the majority of his career as the owner/manager of The Old Island House Inn in downtown Port Clinton. Together Paul and Pat, with their staff, served thousands of visitors during their time at The Island House from 1963-1986. Their retirement years were spent in an active lifestyle in Sanibel.

Paul is also survived by his brother Donald J. Clemons of Marblehead, and his sister-in-law Jan Davis and brother-in-law Jack Price, both of Marysville. His sister Donna J. Swiergosz and brother Lynn A. Clemons are also deceased.

Family services will be private. Memorials, if desired, may be made in the care of Hope Hospice of Ft. Myers, Fla.