Perch fishing finally kicks in, but windy weather a problem 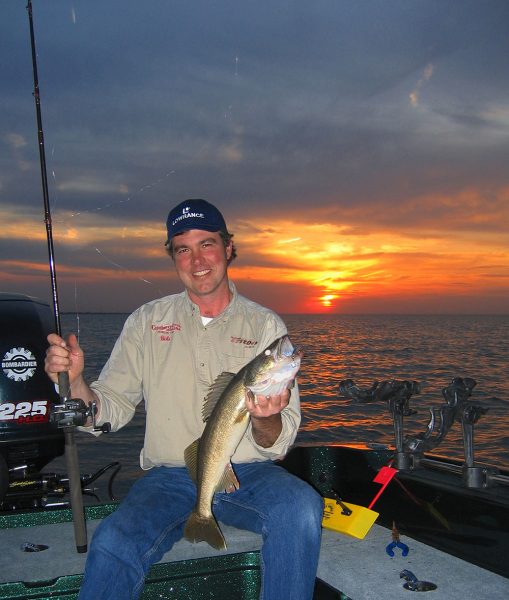 Bob Hanko of Cranberry Creek Marina in Huron has a ringside seat for some of the best walleye fishing of the season, trolling minnow-style plugs after dark to hook trophy fish. (Photo by D’Arcy Egan)

Yellow perch fishing has gotten a little better for all of us with some good catches being caught lately. Fisherman are still getting them by Mouse Island, Green Island and Clinton Reef. Some bigger perch have been caught off of Gull Shoal, and between Gull Shoal and Middle Island.

Fisherman did great while fishing all last week, but then we had some brisk winds for the weekend that made the fishing, especially for yellow perch, very difficult. On Saturday anglers did okay, but Sunday the winds picked up and the fishing wasn’t so great.

Lake Erie is known for its nor’easters, and how those winds can turn off the walleye and yellow perch. Anglers out on the water must take extra precautions, now that the water temperatures are back in the 60s range.

Be sure to have life jackets that fit everyone on board, and both a working marine radio and cellular phone to call for help. Dress in layers, and always bring rain gear.

Captain J. Shane, who runs Rumer Has It charters at Channel Grove Marina on Marblehead, did very well off of the Marblehead Lighthouse.

Walleye fishing has remained pretty much the same. Casters are still fishing in the rock piles and trollers have been focusing on the waters east of Kelleys Island and north of the Cedar Point dumping grounds. Tru-Trip diving planers and Silver Streak spoons set at 55 to 70 feet back are still the way to go.

I know this is a short and sweet report this week but as I have continued to say, the fishing has been very unpredictable as of late. The winds that we have had definitely have not helped us at all.