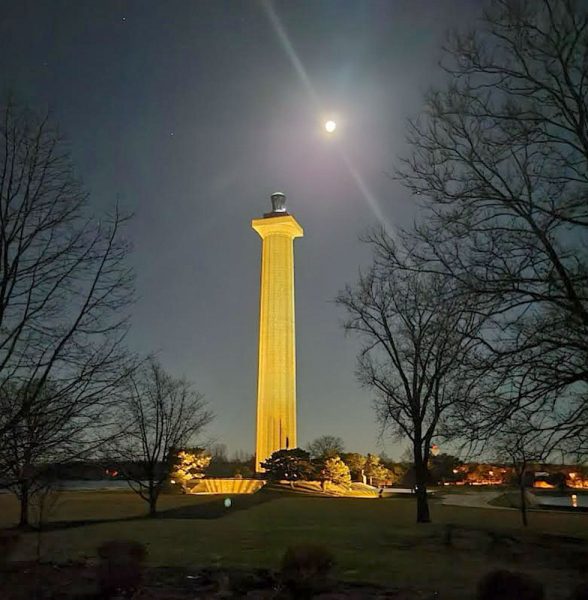 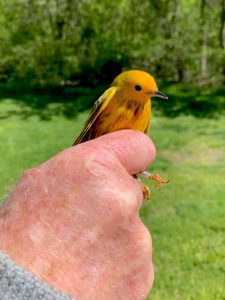 Colorful warblers and other songbirds are captured with mist nets during their migration in the Lake Erie Islands areas to collect data.

PUT-IN-BAY – Perry’s Victory and International Peace Memorial will implement a plan this week to reduce its impact on migratory birds while maintaining the cultural significance of the Monument through its associated nighttime illumination, a fundamental design feature of the site.

“It is important to recognize the competing resource values and preserve the cultural significance of the monument while reducing the risk it poses to birds,” said Park Superintendent Barbara Rowles.  Thanks in part to a Scientists in Park work experience program intern, the park was able to devise a plan to allow for limited illumination of the Perry’s Monument while also protecting the many migrating birds that move through the area.

The current Light Management Plan calls for the Monument’s lights to be turned off during peak passage times for birds during spring and fall migration. During the month of May and September, the Monument’s lights will be shut off two hours after sunset as the number of birds in the air generally peaks around midnight.

The United States Coast Guard navigation lights will always remain on to meet safety regulations. The Monument will be illuminated on special occasions and anniversaries, including the anniversary of the Battle of Lake Erie and Memorial Day. This strategy provides visitors the opportunity to see the Memorial

illuminated at night, while substantially reducing the risks to migrating birds.

Artificial light poses one of the greatest threats to the billions of birds that migrate each year. Birds largely migrate at night and artificial light is known to attract and disorient them. This can cause birds to collide with buildings or miss stopover sites during their migratory journey. 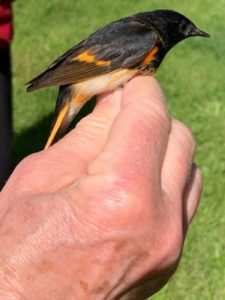 Many of the migrating songbirds that bird watchers will enjoy during the Biggest Week in American Birding this week make long journeys at night. To help them on their way across Lake Erie, a Light Management Plan will be put in place at the Perry’s Victory and International Peace Memorial.

The Great Lakes are considered a large geographical barrier to birds when migrating and the habitat provided by the Lake Erie islands results in high concentrations of migratory birds using these islands as stopover sites.

South Bass Island, the location of Perry’s Victory and International Peace Memorial, is no exception.  By turning the lights off two hours after sunset, the park will be assisting the many species of birds that move through the area or stop on the island.

As bird populations are rapidly declining around the world, said said Supt. Rowles, Perry’s Victory and International Peace Memorial is pleased to do its part in helping to conserve wild birds and to help them reach their destinations.