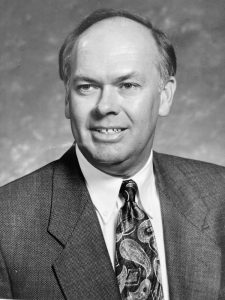 After graduating from DeVilbiss High School, he attended The Ohio State University and as a member of Phi Delta Theta Fraternity, he met the most beautiful Kappa Kappa Gamma and the love of his life, Barbara Lamson Swartzbaugh. Philip married Barbara on August 2, 1969.

Influenced by his grandfather, Delos M. Palmer (the Founder and first Dean of the University of Toledo College of Engineering), Philip graduated from The Ohio State University with a degree in Ceramic Engineering and was elected the President of the Engineering Honorary. He was President of Texnikoi Engineering Honorary and was a member and officer of Phi Delta Theta Fraternity. After receiving his MBA from the University of Toledo, he was appointed to the Senior Management Development Program at Owens-Illinois, Inc. in Toledo. In addition to Owens-Illinois, he was also a member of the senior management teams of two other Fortune 500 companies, Libbey-Owens-Ford Company (LOF) in Toledo, and GenCorp Inc. in Fairlawn. After 5 years at LOF, he was named President of Precision Air Corporation in Ann Arbor, Mich. In 2000, he started Gravengaard International, LLC.

Philip enjoyed international travel with his family. As an International Business Executive, his wife, Barbara, and children, Amy and Philip, joined him on many business trips throughout Europe, Asia, Latin and South America.

He was interested in cars from an early age growing up with a father in the car business. With encouragement from his brother-in-law, George D. Lehmann, III, he became an avid Mercedes-Benz owner and member of the Mercedes-Benz Club of America.

Memorial donations may be made to Grace Episcopal Church, Sandusky, or the American Red Cross of Ottawa County. Online condolences may be shared with the family at www.neideckercrosserpriesman.com. Neidecker, Crosser & Priesman Funeral Home & Cremation Service is handling the arrangements.