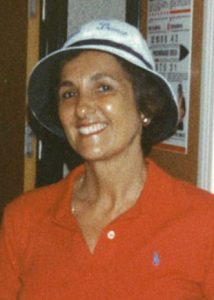 Philomena Vera Pahler (Cervi) died Aug. 17 at her daughter’s home in Cleveland at the age of 94 of heart problems. She was born Oct. 7, 1926, in London, England. She was a joyful Catholic.

During WWII she and her brother Victor were sent to Italy to live with her father’s family as England was being bombed. She arrived in the U.S. in 1946 and met and married her husband Stten Zdanowicz, a Polish survivor of a Russian labor camp. They had two daughters, Debra and Sandra. The family lived in Lakewood until his death. She married her second husband Donald Pahler in Cleveland in 1980. They drove many times to Guatemala and El Salvador to deliver clothing and supplies to the poor. Later they moved to Marblehead on the West Harbor waterfront. They were organizers of the Danbury Food Pantry.

Vera enjoyed daily walks to East Harbor Park, visiting shut-ins for her church, St.Joseph’s in Marblehead. Vera was a vibrant lady who loved her family, church, travel, fashion, animals and life. Vera liked to mention that her brother lovingly called her “an old crock.” She will be sadly missed. She is survived by her 2 daughters, 3 grandchildren and 2 great granddaughters.

A Memorial mass is pending at St.Johns Catholic Church in Cleveland. Fortuna Funeral Home, Cleveland, is in charge of the arrangements.