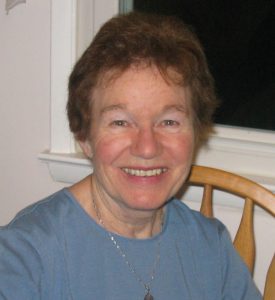 Phoebe Parker (Rosselot) Borman. 86 years old, passed peacefully on Sunday, Sept. 18, at St. Vincent’s Hospital in Toledo. Phoebe was born June 2, 1936, in Hamilton, one of eight children of parents, Leo and Mary Rosselot. She was married to William (Bill) Parker from 1961-1968 and John (Bullet) Borman from 1970-2011. She resided at 155 Chapman Road in Put-In-Bay (PIB) where she owned and managed Borman’s Cottages. She was mother, teacher, playwright, crusader for social and environmental causes, highly active member of the Put-In-Bay Yacht Club, and volunteered for the Salvation Army and the local Humane Society.

Surviving are her sister: Gabrielle Strand of Township; her children: Brian (Denise) Parker of Newport, Ore., Scott (Caitlyn) Parker of Ormand Beach, Fla. and Deborah Parker of Holland; and her grandchildren: Scarlett Jimenez-Parker, Christopher Parker, Logan Parker and Dylan Parker. She was preceeded in death by husband John Borman in 2011 and daughter Leslie Coles (2008).

Graveside services will be held Sunday, Oct. 2, at 1 p.m. at the Put-In-Bay Maple Leaf Cemetery. A reception from 2-4 p.m. will be held at the Put-In-Bay Yacht Club. In lieu of flowers the family suggests memorials to the Humane Society of Ottawa County, 2424 E. Sand Rd. Port Clinton, OH 43452 or to the Playmakers Civic Theater, 604 W 6th St, Port Clinton, OH 43452. Online condolences may be shared with the family at www.neideckercrosserpriesman.com. The Family wishes to thank Neidecker, Crosser & Priesman Funeral Home & Cremation Service for their much-appreciated assistance.