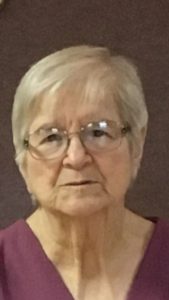 Phyllis V. Carr (Neadie), 87, of Port Clinton, passed away peacefully on Saturday, Jan. 29, at Firelands Hospital, Sandusky. She was born on May 29, 1934, in Rubyville, to Autie and Catherine (Hagaman) Atkins. Neadie later moved to Port Clinton in grade school, and she was a graduate of Port Clinton High School. On Nov. 14, 1953, she married Charles E. Carr Sr. (Sonny), who preceded her in death in 1992.

Neadie is remembered by her family as a kind soul, positive and determined person, and a loving wife, mother, grandmother, and great-grandmother. She was a wonderful cook, known for her potato salad and dessert pies. Neadie was an avid sports watcher and fan of the Cleveland Indians and Pittsburgh Steelers, where during winning or losing seasons, she never missed a game. She was particularly proud of her work serving as a democratic judge for the Ottawa County voting registration board. She worked for several years at Dean’s Discount Store, serving ice cream to many happy customers. In the late 80’s and into the early 90’s, she raised sulky horses with her husband Sonny, and they owned and trained the best 2-year-old colt in the state of Ohio in 1992 (Plasterbed Pete). Neadie really loved spending time with her family, and she will be dearly missed.

A celebration of life for Neadie will be held from 12 – 3 p.m. on May 29 at Carroll Complex- Shelter House 1, Oak Harbor. Memorial contributions in memory of Neadie can be given to a charity of the donor’s choice.