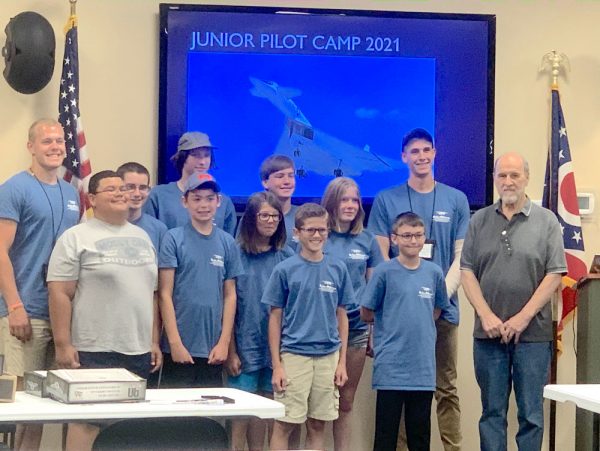 A group of 10 budding pilots received a crash course in flying an airplane this week at Erie–Ottawa International Airport in Port Clinton, an introduction that has helped to develop pilots over the years.

“Pilot Camp is an opportunity to learn about flying, to get into the basics of what you’ll need to know to fly an airplane,” said Lead Counselor Gavin Raymer, a Bowling Green State University intern. “We go over the mechanics of flying, aerodynamics, and how to get started, and even get them up in the air to experience a flight.”

There was plenty of enthusiasm from the Pilot Campers, said Raymer.

“Working towards getting a flying license is the key step, and nine of 10 campers this year expressed when the camp ended on Friday, that they wanted to continue studying to earn a flying license,” said Raymer. “It helped to have a presentation by a young local pilot like Ryan Eckel, who really informed and entertained the campers.”

The fee for Pilot Camp is $150, and scholarships are often available.

“To become a pilot requires a lot of work,” said Raymer. “After the Pilot Camp students saw all that went into it, it was encouraging to see how the five-day session impacted them. Its was really eye-opening.”