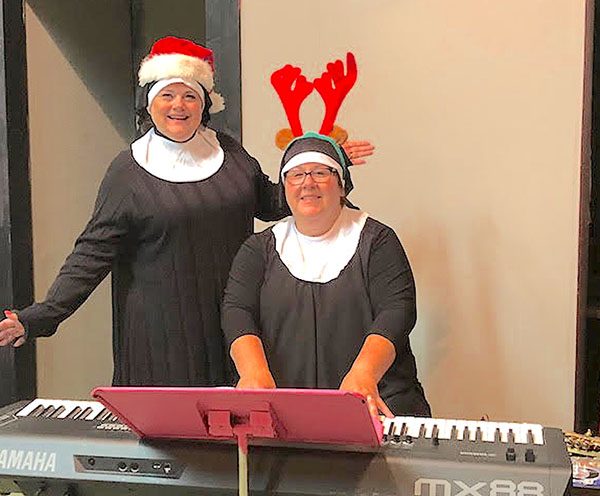 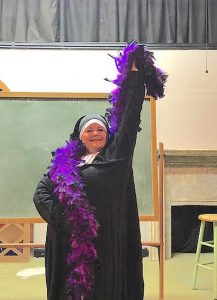 The Playmakers Civic Theater in Port Clinton  is going to tickle funny bones when it presents its fundraiser, “Sister Robert Anne’s Cabaret Class,” a “Nunsense” musical on Aug. 23-25.

Sister Robert Anne will be played by Frankie Priest Bickel, well known to area theater goers and residents. Her last role at Playmakers Civic Theater was Guinevere in Camelot. Bickel will be accompanied by Leslie Griffin, keyboardist from the popular band Sandtown. There might even be a surprise visit over the three nights from one of the former Nunsense Nuns!

There will be numerous prizes for those attending the fundraiser that have been donated by area businesses and residents, to be won playing Bingo (of course) and Bingo Ball. Doors open at 6:30 p.m. on Friday and Saturday, and 12:30 p.m. on Sunday.

Tickets are $25, which includes the entertaining show, light snacks, beer and wine. You may also bring your own beverages. Come out and support your local community theater. All donations are tax deductible.

Any business or resident wishing to donate or purchase tickets, or anyone needing further information, contact Brenda at 419-573-2091.