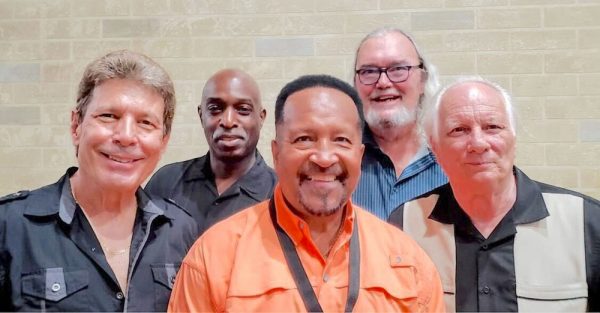 Ron Howard & Cruisin’ will be on the popular MOM Stage on Madison Street in downtown Port Clinton for a premier Saturday night performance on Aug 20 at 8 p.m.

Ron Howard & Cruisin’ was founded by lead singer and saxophone player Ron Howard more than 30 years ago, and the band’s wide repertoire of musical styles and a love to play the Lake Erie Island area and Port Clinton keeps them coming back.

The veteran Cleveland group has been drawing crowds in Port Clinton, Put-in-Bay and Kelleys Island for a long time, and this time around they will find themselves in one of their happy places, the MOM Stage in downtown Port Clinton on Saturday, Aug. 20 at 8 p.m.

The band’s success can be attributed to five dedicated guys who have lived and breathed the music of Motown and classic rock and roll. They can delight audiences with the hits of the ‘50s through the ‘80s — and some current hit songs — with style, flair and a sound that is second only to the artists who debuted those massive musical hits.

If you have the chance to talk to Howard about the group and the success they’ve had over the years, he’ll tell you it all revolves around a passion for the music.