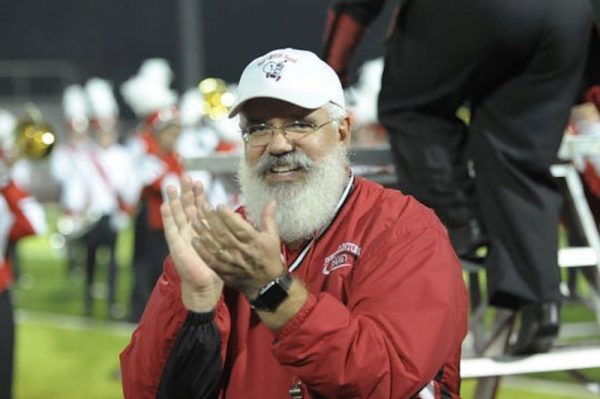 Rod Miller has been a mentor to a myriad of music students over the past 34 years, a proud fan of the legendary band director John Phillip Sousa, a guy who looks more like Santa Claus — and revels in playing the part every Christmas, than any Mr. Claus.

He is also a dedicated family man, a community volunteer and humble about his accomplishments. He dotted the “i” three times as a band member of the noted Ohio State University Band.

More importantly, to Miller, he and his wife, Kathy, are steadfast proponents of all the Port Clinton School District has to offer. She teaches the youngsters at Bataan Elementary School and their twins, Ella and Collin, recently earned their degrees from Heidelberg University and Ohio State University, respectively.

A very busy man for the last 34 years, he has found the time to celebrate the annual John Philip Sousa Festival by portraying the legendary band director at an exclusive music event that annually takes place in the Concert Hall of Washington, D.C.’s John F. Kennedy Center for the Performing Arts. 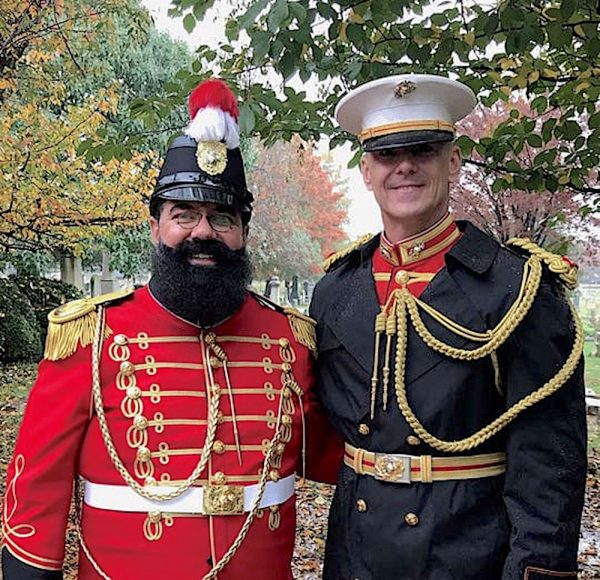 “For 34 years I’ve been a band director, and for 34 years I’ve portrayed John Philip Sousa, even dying my hair black and wearing an original Sousa band uniform,” said Miller, with a laugh.

It’s with a heavy heart that Miller gathered his band members on Monday and told them that he will finally be stepping down on May 31.

“I didn’t want to keep it a secret,” he said. “I didn’t want the rumors to fly. My band members deserved to be the first ones to know it was time for me to retire.”

A couple of knee surgeries are a major culprit.

“I won’t completely retire from music,” said Miller. “I will retire from my job, but not from music. It’s my passion. I’ll still be doing the Sousa concert each year, and making kids smile as Santa Clause every Christmas season.”

“We preach family here, a real band family,” he said. “We’re so blessed to have such an amazing culture. My legacy has been to bring that culture to so many students, and now have them instill it in the band members of the future.”

“He said that if you love what you do, and who you do it with, and where you do it, then you’re always going to have fun,” said Miller. “And I’ve had a ball.”

It’s now time to be a full-time husband and dad, said Miller.

“I don’t really know what the next chapter of my life is going to be, and that’s OK. I do know that Kathy and I can finally find the time to travel, and enjoy ourselves on Friday nights and Saturday and Sunday afternoons,” he said.

Maybe even go fishing for yellow perch on Lake Erie, like he and his late father, a fishing fanatic, used to enjoy.

“I’ve had a great run, and I owe my success to all of the people around me. The students, parents, school and community,” said Miller.