Port Clinton bids to rebound this year in SBC 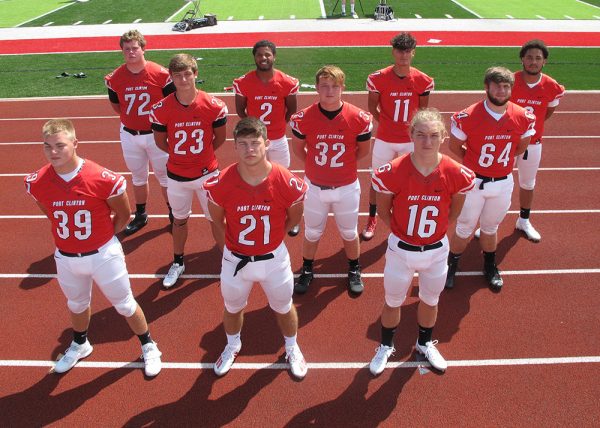 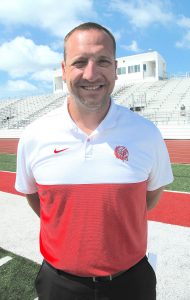 Preview: After making the playoffs in three consecutive seasons from 2014-16, Port Clinton has gone 15-15 in the three years since then.

The Redskins are coming off a tough season, one that saw them go 4-6. But four of Port Clinton’s losses came to playoff teams, and the combined record of the teams that beat them was 49-19 (.721). The schedule, which is just six games this season, could be a little easier this season as the ‘Skins face Tiffin Columbian and the five teams in the Bay Division.

But there are some good reasons to believe Port Clinton set to rebound this season. 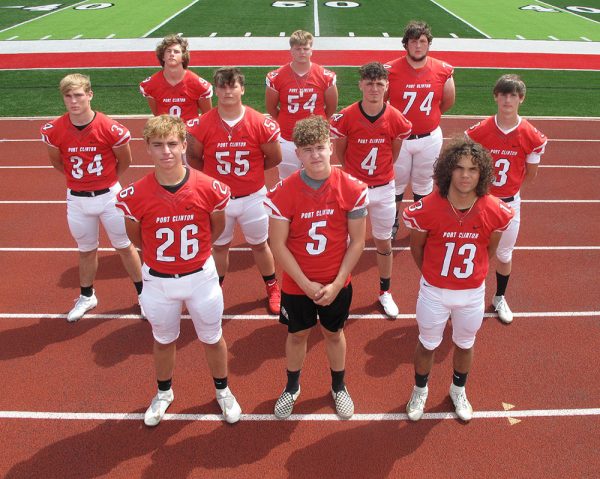 A solid core of position players and a good offensive line should make for a unit that can put points on the board.

Sophomore quarterback Cam Gillum takes over for the offense, which is run-oriented and operates out of the spread formation.

“He’s a sophomore quarterback, he’s got a lot of raw talent. He’s taking to coaching, he’s learning on the fly,” said Port Clinton coach Beau Carmon. “He’s going to have to learn on Friday nights. I’m proud of him and his progress. He seems to be taking it in stride pretty well.”

Joining him in the backfield will be a committee that includes Jonah Sidney as the feature back. Sidney played wide receiver last season.

“We wanted to see what he can do there because he has the right mindset to play running back. He is very good at reading holes and gaps and the flow of the defense, and he has picked up our scheme pretty well, too,” said Carmon. “He’s come a long way, but he’s not there yet. He’s shown us a lot of great things at running back. He’s a kid that can hit the home run at anytime. Him touching the ball more than 3-4 times per game, for us that can only be beneficial.” 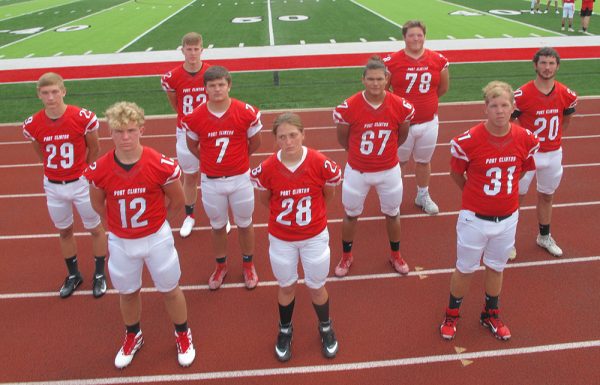 Garrett Cornell will see time at running back, as will Westin Laird and Owen Auxter.

Josh Hurst and Tommy Owens, who transferred from Danbury, will start at wide receiver, and Adam Thorbahn will play tight end when he’s not split out. Cashes Jackson, Anthony Aukerman and Marius Pinkleton will also see time at wide receiver, and Tyler Webb, who has a broken collarbone, could return by week three.

“We’ve got to get a wide range of athletes that we can put out on the perimeter. They’ll all see playing time — we need to put our athletes on the football field as much together as possible,” said Carmon. “We have some depth at the skill positions.”

“They look good. It’s hard to satisfy me, but from an offensive-line standpoint, they’re a solid group and each of them is better at something than someone else,” said Carmon. “It’s a really good group of linemen. I think it could be one of the best offensive lines I’ve coached.”

The defense made the switch to the 3-4 and starts Thorbahn, Snyder and Shell with Recker, Ranzenberger and Samari Smith backing them up.

Owens and Jackson are the cornerbacks, Aukerman is the free safety and Auxter is the strong safety. 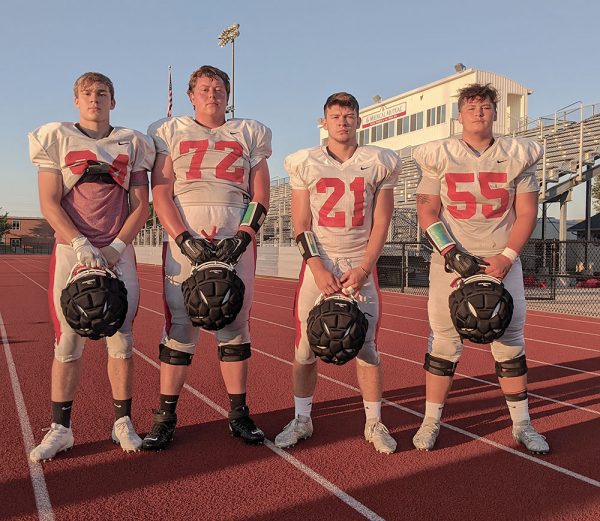 The Port Clinton Redskins will kick off the 2020 season on Friday, Aug. 28 on the road, playing Tiffin Columbian. This year’s team captains are, left to right, Garrett Cornell, Michael Recker, Westin Laird and Dylan Snyder.

“Phil Focht, our longtime defensive coordinator, has done a really good job of matching our verbiage from our previous defense to our current defense. The kids have taken to it, it fits our team this year. We need to be a team that’s going to adapt to its players,” said Carmon. “Last year, we gave up the most amount of points since 2013, my first year. A lot of that had to do with injuries. And you have to look at graduation, Cooper Stine was there for three years at linebacker. We’ve got more guys that can play the linebacker and safety spots.”

Cornell, one of the captains, talked about what he expects out of his team. (Laird, Recker and Snyder are the other captains.)

“I am really excited to just get out and play with the guys we have. It should be a fun season,” said Cornell. “We are all very intense and have hard workers, from our freshmen through varsity.

“We have to work as a team through the big obstacles with COVID. We want to win an SBC title and go even further because the team as a whole has the state-championship mentality.”

Cornell is the punter and Andrew Hanson, who plays soccer, is the kicker.

“He’s got good accuracy, he needs to work on his strength a little bit,” Carmon said of Hanson. “I’m grateful to the soccer team for letting him do dual sports.”

In the Sandusky Bay Conference Bay Division, the conventional thinking is that Port Clinton, Oak Harbor, Huron and Edison will battle it out for the league championship, but Vermilion and Willard should be improved, too.

“It’s going to be extremely competitive. I don’t rule anybody out, both Vermilion and Willard return a ton of players,” said Carmon. “Huron just reloads, Edison has Jim Hall coaching them and they’re running the triple option, Oak Harbor lost so much to graduation, but they blew out so many teams, and they’ve got a lot of kids who had a lot of playing time last season.

“I think it’s going to be wide open, a lot of it could come down to injuries and COVID.”