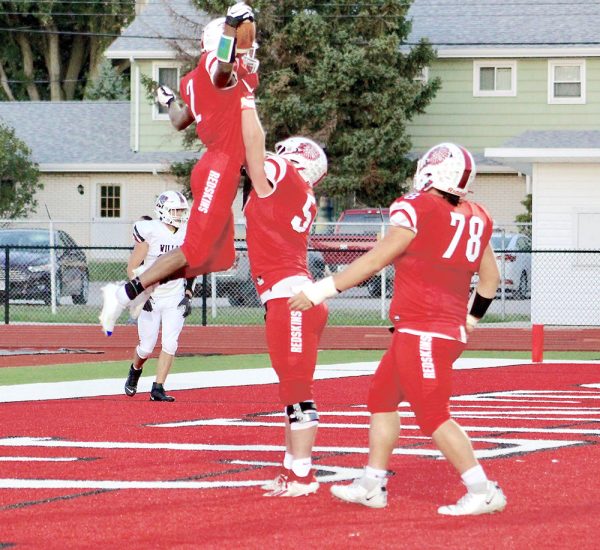 There was a lot of celebrating in the Redskins end zone on Friday night at True-Lay Stadium in a 54-0 victory over Willard. Quarterback Cam Gillum, who ran for a touchdown and passed for two more, gets a big lift from his lineman. (Photo by Madeline Recker)

Port Clinton left little doubt as to who was the better team on Friday, scoring 24 points in the first quarter on its way to a 54-0 victory over visiting Willard.

It was the third straight win for the Redskins, who are 3-1 and 3-0 in the Sandusky Bay Conference Bay Division. Since the loss in the season opener to Tiffin Columbian, Port Clinton has outscored its opponents 140-20 in the last three games.

Running back Westin Laird got the ‘Skins on the board early, scoring on a 45-yard touchdown scamper, and quarterback Cam Gillum ran it in on the two-point conversion to make it 8-0. 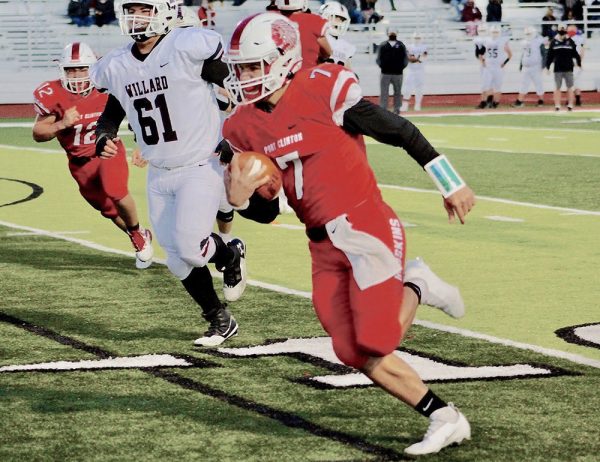 Port Clinton’s sophomore quarterback Cam Gillum had a stellar night against Willard, completing 8 of 11 passes for 173 yards and two touchdowns and rushing six times for 71 yards and a touchdown. (Photo by Madeline Recker)

“I think we were able to overwhelm Willard (0-4, 0-3) — in the air, on the perimeter and in the run game. We scored on the second play from scrimmage, after running a screen for 20 or 30 yards,” said Port Clinton coach Beau Carmon. “We were able to do everything we wanted to do. We’ve had tremendous game plans the last few weeks. I think our kids are very dialed in right now and it’s one of those things where we were able to establish our dominance pretty early on both sides of the line. Our tackling was top notch. I feel pretty good about where we’re going.”

“We haven’t had this before, so many playmakers. It’s the first time that we’ve had so many kids that make big-time blocks, score touchdowns and make things happen. We have a lot of guys that are contributing,” said Carmon. “It’s great for our offensive balance, and it’s great for kids to stay fresh. It makes life easy on a young quarterback like we have. You can stem it all back to a very good offensive line that’s starting to fall into their own and gain confidence. 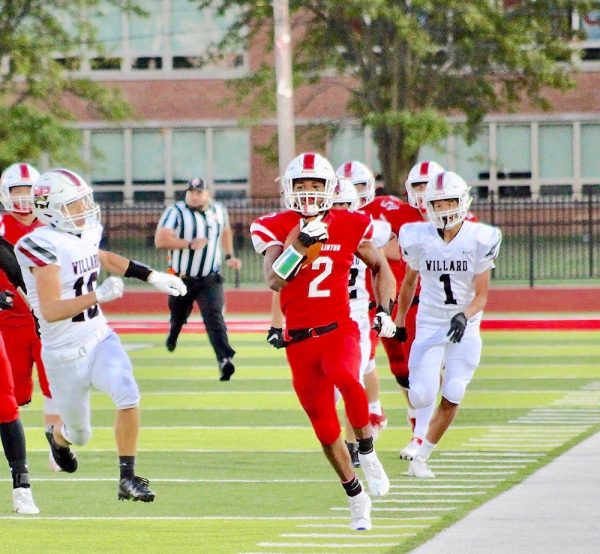 Port Clinton’s Jonah Sidney scampers down the sidelines on a 31-yard touchdown run, one of two TDs he scored as the Redskins romped, 54-0, against Willard. (Photo by Madeline Recker)

“This team is interesting. They’re special and I don’t know why. It’s hard to put a finger on what makes this team special. It could be leadership, quality of kids, I don’t know. It’s working. We’ve had three great weeks of practices. There’s no looking back, we’re just going to look forward and find creative ways to get kids the football.”

On Friday, the ’Skins host Huron (4-0, 3-0). The winner will earn at least a share of the Bay Division title. The Tigers are currently ranked eighth in the Division IV, Region 14 standings with 11.08 points, just ahead of Port Clinton, which has 9.43 points.

“They’re extremely well coached. They have a ton of tradition plus great players. They’re deep and there are a lot of kids on the roster. They always have a quarterback,” said Carmon. “Huron is always up there. They have a lot more wins than we do. That’s a program that I look at and they do things the right way. They have a heck of a good football coach and really good kids. I’ve got nothing but respect for them. They’ve got a great program.”