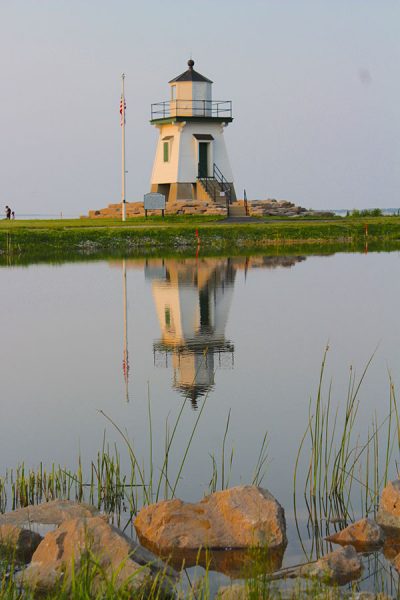 The festival kicks off at 10:30 a.m. with an opening ceremony honoring the U.S. Coast Guard, which maintains America’s lighthouses.

Following the presentation of colors by Coast Guard personnel from Marblehead, Mayor Mike Snider will introduce U.S. Representative Marcy Kaptur, who will deliver the keynote address.

Historical talks will be given on Peter Navarre and the history of the Port Clinton Lighthouse. In a cooperative project the Ottawa County Historical Society and the Playmakers Civic Theater will provide lively vignettes from the history of the West Sister Island Lighthouse, an attempted escape from Johnson’s Island, and of a farmer who traveled from Pennsylvania to Carroll Township.

Musical entertainment will be provided by The Locals, the Ottawa County Bluegrass Band, and the Grande Royale Ukulelists of the Black Swamp. To satisfy hungry appetites will be the Rotary Club Perch Wagon, Bagel Buggy, Great Lakes Grillers, Kona Ice, and X-Treme Cuisine.

Local artists will compete for best portrait of the lighthouse. Beginning at 3 p.m. on Aug. 16, they’ll set up easels and put paint to canvas and at 3 p.m. the day of the festival a team of judges will select a winner. The winning artist will receive a ribbon and a $100 cash prize. The winning painting will be featured on the poster for next year’s festival and the painting itself auctioned off during the 2020 festival.

For the kids, there will be face painting and parades sponsored by Lily & Gert’s, an on-site scavenger hunt, and lighthouse tours on the hour for kids who meet the 42-inch minimum height requirement. For those interested in marlinspike seamanship, there will be nautical knot-tying demonstrations and HAM radio operators will be communicating with lighthouses around the world in celebration of International Lighthouse and Lightship Weekend (ILLW), an international gathering of amateur radio operators from an estimated 95 countries.