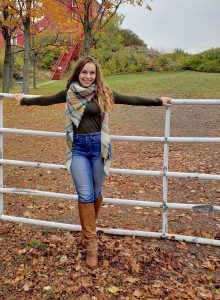 Marie Gluth has been a dedicated student athlete at Port Clinton High School for the past four years. She was a vital member of the soccer team as the goalie and three-year captain earning four varsity letters, two school records and an OHSAA record for career saves.

In basketball, Marie was team captain, Redskin Award winner and earned two varsity letters. As a four-year member of the Redskin track team she threw shot and discus and would have earned her fourth varsity letter this season.

Besides athletics, Marie has been involved in a variety of activities, serving as a freshman mentor, member of Leadership Council, R Factor Planning Committee and president of International Club. She has received Kiwanis Scholar Athlete recognition as well as SBC All-Academic honors.

Next year Marie will continue her education at The Ohio State University and continue her athletic career as a part of the women’s rowing team. Marie is the daughter of John and Jan Gluth. 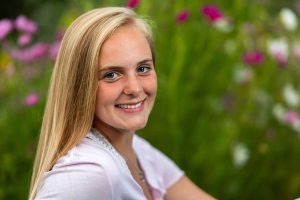 Kaylee Phillips has been involved in numerous clubs and organizations at Port Clinton High School. She is a member of the band, drama club, National Honor Society, and Future Professionals in Medicine. In band, she was named Outstanding Freshmen, Outstanding Sophomore, Outstanding Junior and part of the OMEA District Honors band.

As an active member of PCHS DECA, she served as secretary and has qualified for state competition three years in a row and international competition for two years. Outside of school, Kaylee is a member of National Academy of Future Physicians and Medical Scientists.

She has had the unique opportunity to study abroad with the Future Docs program both in Europe and is the Honor Student Ambassador traveling to Hue, Vietnam in July 2021. These experiences will help achieve her aspiration of becoming a cardiothoracic surgeon. Next year, Kaylee will major in biology, and study Pre-Med at Northern Michigan University in Marquette, Mich. Kaylee is the daughter of Heather and Tom Brooks.