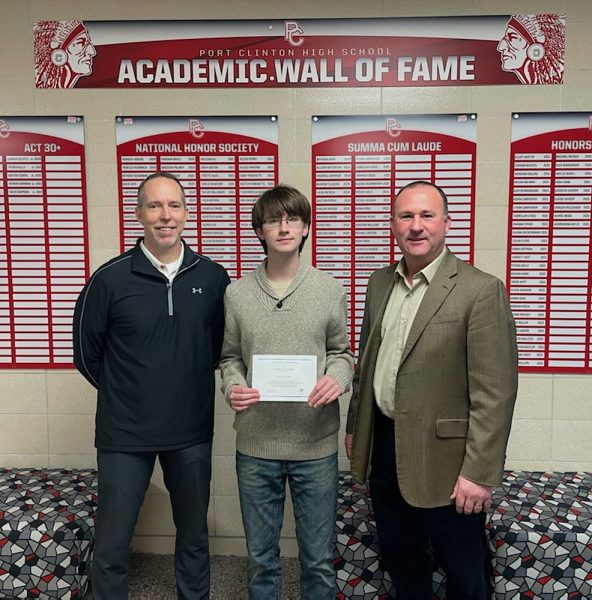 Port Clinton High School Principal Gary Steyer has announced that Ashton Fisher is a finalist in the 2022 National Merit Scholarship Program. This distinction was achieved after Fisher was named a semi-finalist last year. As a finalist, Fisher is one of 15,000 students nationally to receive this honor and is being considered for one of the 7,500 Merit Scholarships to be awarded.

Fisher is the son of Dawn and Dean Fisher. In addition to his academic achievements, Fisher is involved in numerous school activities, including the tennis team. He plays the violin in the Port Clinton Orchestra and alto saxophone in the band. Activities in clubs and organizations includes National Honor Society and Drama Club. Fisher is in Boy Scouts, and currently working on Eagle Scout status. He is the Senior Patrol Leader for Troop 360. A senior at Port Clinton, Fisher plans to major in Architecture.