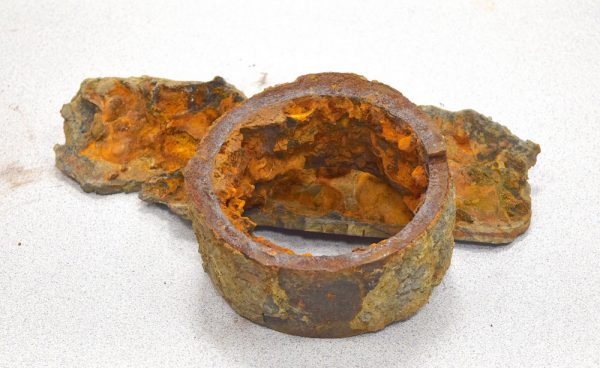 Port Clinton City Council approved two ordinances last week to fund the city’s long overdue water and sewer line replacement projects, as well as resurface the streets where those lines are to be replaced.

There aren’t any major grants for doing the work, as there were when Madison Street and Jefferson Street sewer and water lines were replaced over the last few years. Thanks to almost $5 million in grants from the Ohio Department of Transportation’s Small Cities program, those downtown streets were repaved and sidewalks redesigned.

Council did approve a monthly fee of $12.50 on homeowners’ combined sewer and water bills to cover the cost. Homeowners will be assessed the fee starting in January. To help senior homeowners who might be facing financial hardship, at the prodding of Councilman Gabe Below the “Help 2 Others,” or H2O Program, was established to cover their cost.

“The initial phase, which will cover a large section of Port Clinton, will be replacing the spine of the new water and sewer lines, as well as paving the streets impacted by that construction,” said Mayor Mike Snider.

The first phase is Project B, a replacement of everything below ground and repaving those streets. Plan A will follow, paving every other street in the center city.

“Eventually, most of the streets will be redone as part of that project, but it will take decades,” admitted Snider.

Port Clinton will be negotiating a contract with Poggemeyer Design Group of Bowling Green for the final design services needed for the infrastructure improvement project. It is being called the Forward Looking Infrastructure Project, or F.L.I.P. 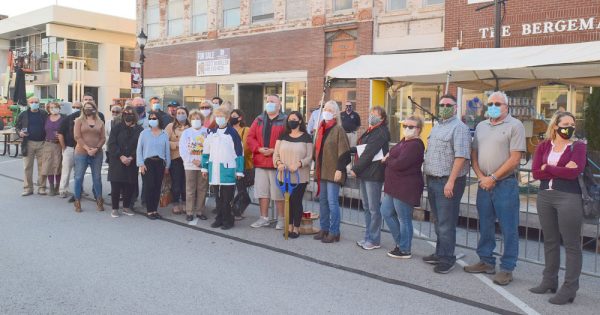 At a ribbon-cutting ceremony last October of what is now being called the Downtown Streetscape, business owners said the renovations and improvements had already generated interest from new businesses and retailers, and local residents praised the Meals on Madison area and the MORA open container law for increasing downtown traffic. (Photo by D’Arcy Patrick Egan)

In September 2019, Port Clinton City Council, Mayor Snider and Poggemeyer Design Group hosted a public meeting to address the antiquated water and sewer lines and need to pave many crumbling roads around the city, which had little more that patch work done in recent decades. Some of the water lines were made of wood, and a few had been installed, said experts, when the city was founded 119 years ago.

While there has been criticism of the $12.50 monthly increase in Port Clinton water and sewer bills, local residents generally praised the renovation of the Madison, Jefferson and Second Street areas of downtown Port Clinton over the last three years. At a ribbon-cutting ceremony of what is now being called the Downtown Streetscape, business owners said the renovations and improvements had already generated interest from new businesses and retailers, and praised the Meals on Madison area and the MORA open container law for increasing downtown traffic.

Unfortunately, the COVID-19 pandemic has since short-stopped that success because of state mandates limiting the size of social gatherings all over Ohio.