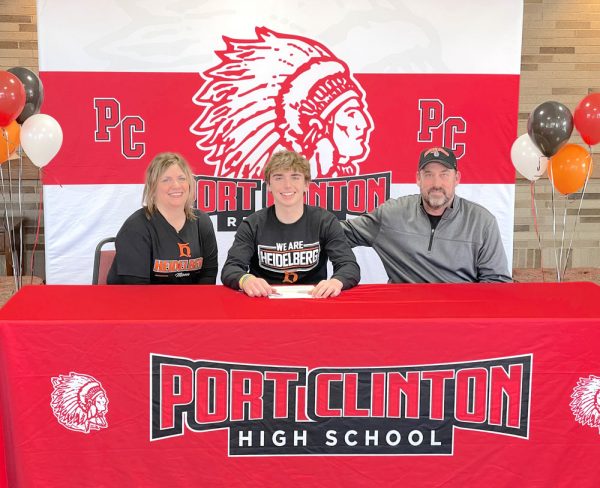 Record-setting kicker Andrew Hansen of the Port Clinton High School Redskins has announced he will be attending Heidelberg University to continue his education and play football.

He is the son of Curt and Melissa Hansen.

Hansen set the Port Clinton record for points kicked during the 2021 football season, and earned Special Teams Player of the Year and All-SBC Honorable Mention in 2021. Hansen played baseball and soccer all four years. In soccer, Hansen was the Redskins team captain, Defensive Player of the Year, 2nd Team All-Sandusky Bay Conference and All-District, as well as an Academic Scholar for four years.