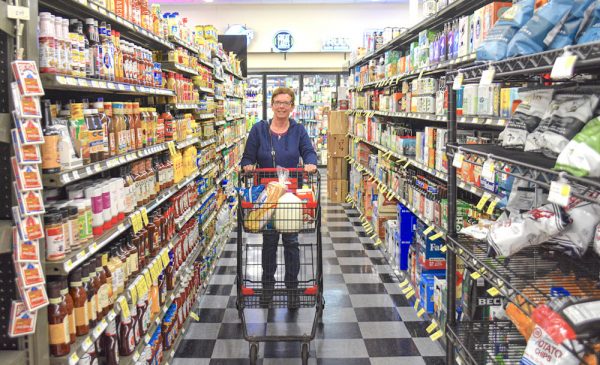 Customer Darlene Robel shops at Bassett’s Hardware and City Market. The shop is well-loved in the community as an accessible grocery store that doesn’t compromise on quality. (Photo by Sheri Trusty) 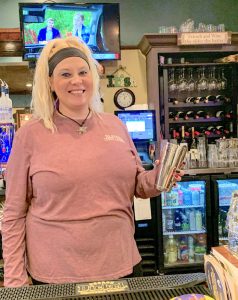 Far too often, shoppers inadvertently drive right by one of Port Clinton’s hidden-in-plain-sight gems, the Port Clinton Plaza. Among the many businesses in the shopping strip on Port Clinton’s East Side are places to buy groceries, a place to play, and a place to eat.

Bassett’s Hardware and City Market, Visions VR and Slater’s Food & Spirits offer unique shopping and entertainment experiences in the middle of the city.

Charlie Bassett, who serves as chairman of the Bassett’s stores, said Bassett’s Hardware and City Market was opened down the road from the original and still-operating Bassett’s Market in an effort to better meet the needs of customers in that section of town.

“It was a food desert. There was nothing with fresh food. Although it is only four miles away, it was a totally different market,” Bassett said. “The two stores don’t cannibalize each other, is what we’ve found.”

“We have a nice beer and wine selection, and we bring down sushi made fresh every day,” Bassett’s said.

The store is, essentially, the big Bassett’s in a smaller, more easily accessible package.

“People love it because they can park close and do all of their shopping with a minimal amount of walking,” Bassett said. “And people love that we help with a smile.”

When Visions VR opened in the Port Clinton Plaza in 2020, it brought to the city a completely unique entertainment experience. Since then, owner Kassie Anderson has added more fun and more food. 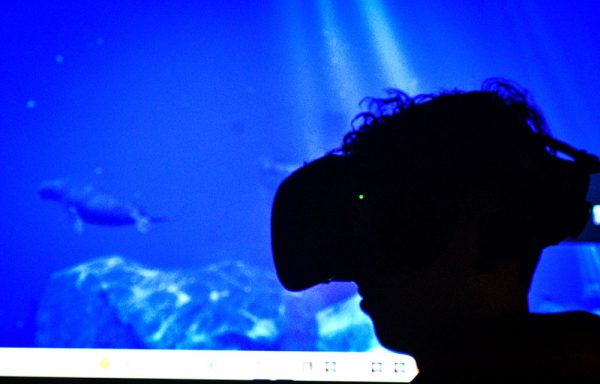 Visions VR is a virtual reality center that offers hundreds of single and multiplayer games. Players can compete in a virtual basketball free-throw contest, fight zombies in a post-apocalyptic world, or paint whatever their imagination creates.

“People absolutely love it,” Anderson said. “All ages come to play, and all ages come for parties. We’ve had corporate parties and birthday parties and everything in between.”

The business now carries board games for customers who want to also enjoy a tangible activity, and a fireplace adds a cozy atmosphere to the shop. 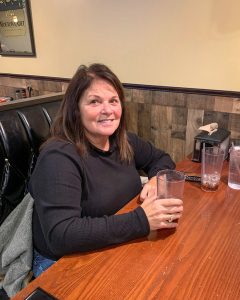 Customer Sue Franks enjoys a drink while she waits for her lunch at Slater’s Food & Spirits. (Photo by Sheri Trusty)

When Slater’s Food & Spirits moved to its new location at the Port Clinton Plaza, its customers discovered that entering the restaurant became a much more comfortable experience.

“It was a good move. What I love about being here is that my customers can get in and out very easily. The parking is good, and there are no steps and no curbs to trip over,” said owner Aimee Slater. “Our landlord is amazing. The parking lot is always clean in all weather.”

Not that curbs and steps would keep customers from Slater’s food. Since opening in 2007, the restaurant has gained a huge, loyal following that comes for the perch, hand-cut steaks, pastas with homemade sauce and a burger so good it won The Beacon’s Best of the Best Burger seven times.

“Our burgers are fresh, hand packed and made-to-order every day,” Slater said. “Our spinach-artichoke dip is homemade, and our mac and cheese is made from scratch. All of our signature dishes are homemade.”

The bar offers Guinness and other beers on draft and “plenty of bourbon and scotch,” Slater said.

Slater, who also owns a massage therapy business, is happy to be part of such a dynamic shopping plaza with a depth of options.

“We now have a little city right here,” she said. “There are lots of spaces in the back open, if you want to join us. In Port Clinton, more is more. The more we have, the more people will come.” 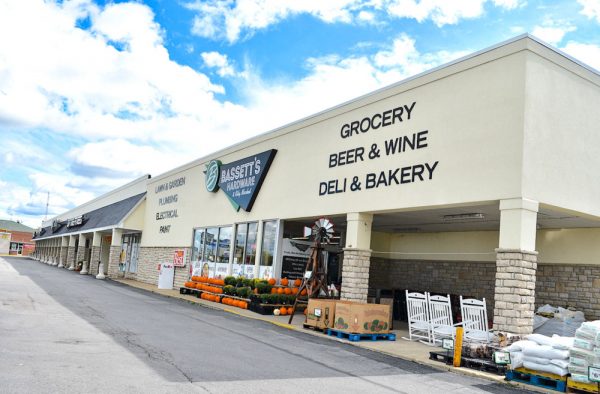 The Port Clinton Plaza is a city gem that too often goes unnoticed. (Photo by Sheri Trusty)