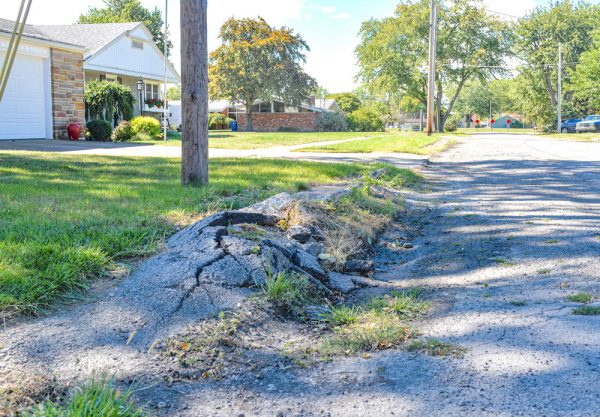 Roads across the city, like this one on Sixth Street, need to be repaired. Mayor Mike Snider said the city’s road resurfacing project will begin next spring. (Photo by Sheri Trusty)

It is one of the most commonly asked questions in Port Clinton: When are the roads going to be fixed? An extra $2 million in funding provided by the U.S. Army Corps of Engineers improved the scope of the city’s infrastructure improvement plan, but the money may also alter the project’s timetable.

Either way, road improvement work will begin next spring.

“The bottom line is, people will start to see construction begin in April of next year,” Mayor Mike Snider said.

The road improvement plans are part of the city’s wide-sweeping $34 million infrastructure plan called Forward Looking Infrastructure Project (FLIP). FLIP has two elements that address a number of infrastructure needs in the city, including the much-needed road resurfacing project.

Part A addresses above ground issues. Part B focuses on issues below ground.

Initial funding for FLIP comes from a monthly equivalent dwelling unit (EDU) charge of $12.50 per unit that is attached to residents’ water and sewer bills. In addition to the EDU charges, residents overwhelmingly passed a 4-mill levy in November 2021.

“Having the FLIP plan and the money set has opened the door for grants and loans,” Snider said. “We approached an alphabet soup of agencies looking for money. The U.S. Army Corps of Engineers gave the city $2 million for Plan B, but with any money, there are strings attached. With this, that string is time.”

Adding the $2 million to FLIP could delay the project as the city maneuvers through the approval process for the money’s use, including timetables on contractor bidding, so they are hoping to pull a “Hail Mary,” Snider said. 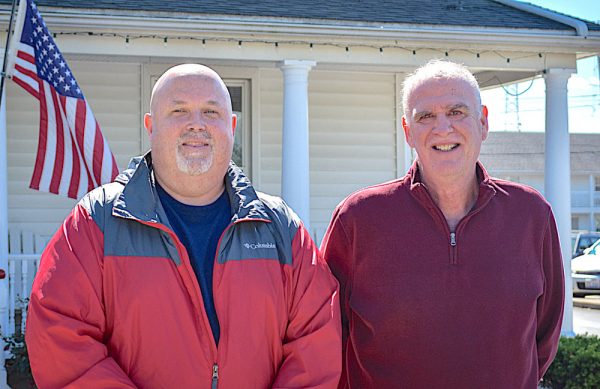 Port Clinton Mayor Mike Snider, left, and Safety Service Director Tracy Colston are working to get their road resurfacing projects started as soon as possible. The project is part of the $34 million FLIP infrastructure plan which will make improvements across the city. (Photo by Sheri Trusty)

Snider said the city’s options are to return the money to prevent delay of the road resurfacing start date, “suck it up” and deal with the delay, or pull the “Hail Mary” and split up the current FLIP plan to add a Project C.

The change would pull Fourth Street, Seventh Street and Washington Street from the current plan and integrate them into Project C, allowing the rest of the FLIP projects to move forward without delay.

The city has no plans to return the money, but to make Project C work, the project’s existing funding sources would have to approve the change. Regardless of when the plan moves forward, the city says the project will begin next year and residents can look forward to new roads.

“We can confirm the project is going to happen. It’s strictly a timing issue,” said Safety Service Director Tracy Colston. “I see the frustration. I drive these streets every day, but we’ve done a very, very good job of getting the funding sources we have.”

The city is eager to address residents’ frustrations over the roads, but Snider said any possible delay due to the additional money would be minor.

“We talk about frustration, but we’re closer than ever. It’s a possible few months’ delay,” Snider said. “People are still asking us when we’re going to fix the streets. I don’t think many of them know this is happening.”