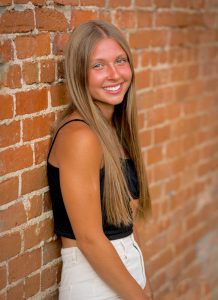 Kennedy Adkins and Ethan Luma are in the Port Clinton High School Senior Spotlights for January.

Kennedy Adkins is a member of Port Clinton High School International Club, Freshmen Mentor, and a two-year member of the Port Clinton Orchestra. She also serves as the Historian of Leadership Council, and Secretary of National Honor Society.

Next year, Adkins will continue her education at Kent State University, majoring in Psychology with the goal of becoming either a school counselor or psychologist. Adkins is the daughter of Pat and Paula Adkins. 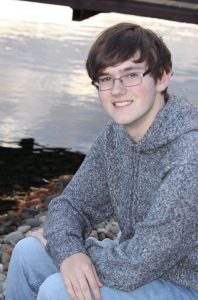 Some of the other Port Clinton clubs and organizations he has been involved with include Leadership Council, Key Club, Academic Challenge, International Club, Future Teachers and Freshmen Mentor. Luma was selected by his classmates as the Class of 2022 Treasurer during all four years of high school.

Luma’s future plans include majoring in Education to become a teacher certified in Math, History or as a Guidance Counselor. Ethan is the son of Natasha and the late James Luma.