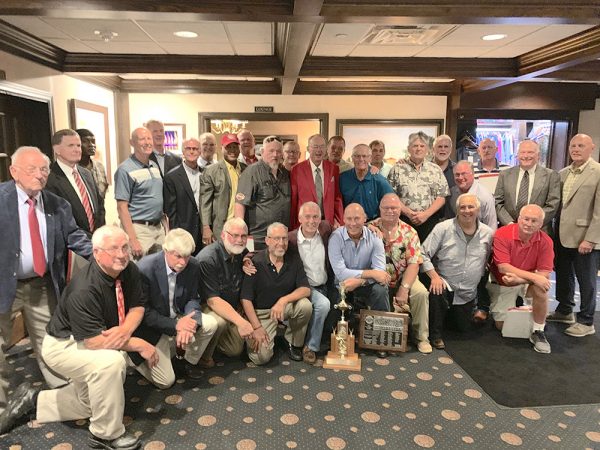 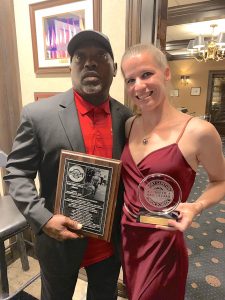 Kari Kreutzfeld, a 2005 graduate, was outstanding during her four years of track competition for Port Clinton High School and is still a record holder in five events. She continued her stellar career at Youngstown State University and was a four-time Horizon League champion.

The athletes were recognized at Bassett’s Field at True Lay Stadium during Friday night’s football game, and at the Hall of Fame ceremonies on Saturday evening at Catawba Island Club.

The 1971 Port Clinton High School football team was one of the most successful in school history, earning the school’s first Great Lakes League Championship after finishing 8-1-1. Only a “Hail Mary” pass in the closing seconds of a loss to Bowling Green prevented an undefeated season for the Redskins and first-year coach Marc McClain.

The Lady Redskins tennis team rang up a dominating 19-1 record in 1998, and went 12-0 to capture the Sandusky Bay Conference title. The squad won 14 of its 19 matches by scores of 5-0 or 4-1. Three team members earned first team All-SBC honors and advanced to the district tournament, with one player competing in the state tournament. 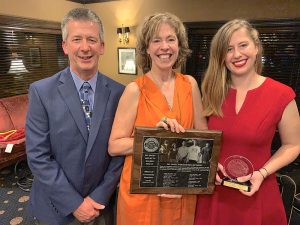 The McLean family has been synonymous with Port Clinton tennis. Dr. Sandy McLean and his wife, Beth, helped guide the tennis squads. Their children Jaci, Nick and Tristan all excelled in high school and college tennis competition.

The McLean family was honored for their dedication to Port Clinton’s tennis team. Dr. Sandy McLean and his wife, Beth, provided coaching and logistical support. Their children — Jaci, Nick and Tristan — were Port Clinton High School tennis stars, and all went on to play collegiate tennis.

Kari Kreutzfeld, from the PCHS Class of 2005, enjoyed a stellar career in track while competing for four years in high school and at Youngstown State University, where she was a four-time Horizon League champion. Five of Kreutzfeld’s PCHS school track records still stand, and she finished in the top six at the Division II State Track Meet in three separate events, including state runner-up in 2004 and 2005 as a member of the relay team. 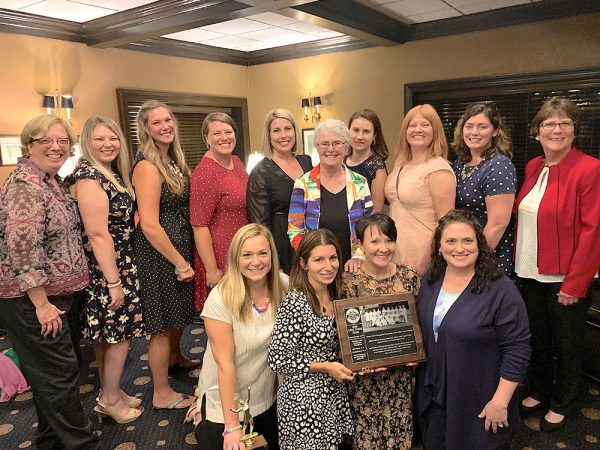 The 1988 Lady Redskins tennis team rolled to a 19-1 season, and went 12-0 in the Sandusky Bay Conference to capture the SBC Championship