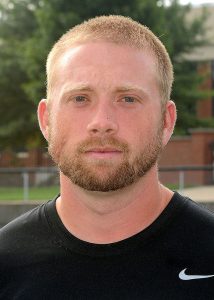 The Kehres’s stunned the college football world two weeks ago, when Larry Kehres retired as athletic director at Mount Union, and Vince Kehres announced he would become a defensive linebackers coach at the University of Toledo. Vince Kehres told The Plain Dealer that at 43 years old, the time was right for him to make the jump from Mount Union, a Division III school, to the Division I Toledo Rockets, where former Mount Union player Jason Candle is head coach.

Dartt’s wife, Jan, is the daughter of Larry Kehres, who Dartt played for after graduating from Port Clinton High School in 2002. Dartt was a standout high school football, basketball and baseball player, and All-Sandusky Bay Conference in football and basketball.

“I thoroughly enjoyed growing up in Port Clinton, and playing for some great high school coaches,” said Dartt. “Jan and I have a little girl, and we regularly make it back to Port Clinton in the summer to enjoy Lake Erie, catch some fish and visit with my mom, Becky Anderson.

“It was the close knit family environment of a small town that made Port Clinton such a wonderful place for a kid to grow up, especially one who enjoyed team sports so much.”

Dartt was recruited by Larry Kehres, and became a standout offensive lineman for the Purple Raiders. He was on three national championship teams and was All-Ohio Athletic Conference in 2007 before graduating with a degree in health and physical education.

After graduating from Mount Union, Dartt signed on to coach tackles and tight ends for the Purple Raiders, and then moved on to become offensive line coach at Wheaton (Ill.) College. He acknowledged, though, he still bled Mount Union purple.

Dartt returned to Mount Union four years later to coach the offensive line, and became offensive coordinator after Larry Kehres retired in 2013 and turned over the helm to his son. Dartt decided to become an offensive line coach at Western Kentucky University in 2017, but just weeks later it was discovered Dartt had cancerous tumors in his brain.

Surgery was successful, and Dartt remained on staff at WKU before returning to Mount Union to again coach under Vince Kehres. Dartt quickly gained strength, he said, and took over again as offensive coordinator.

“I’ve always had such great experiences with all of my coaches over the years,” said Dartt. “That is what led me to getting into coaching.

“I fell in love with Mount Union football, and it helped me understand the expectations when you play and coach here, and how hard you have to work to uphold that winning tradition.

“I’m just so grateful for the opportunity to be an assistant coach, an offensive coordinator and now the head coach.”

Larry Kehres was the head football coach at Mount Union for 27 seasons (1986-2012). In May 2013, Kehres retired with a record of 332–24–3 as head coach and a winning percentage of .929, the highest in college football history. Kehres also has the most national titles (11)
conference titles (23), and unbeaten regular seasons (21) of any coach in college football history. His Purple Raiders set the National Collegiate Athletic Association football record for most consecutive victories with 55, running from 2000-2003.

Vince Kehres was head coach for seven years, with a 95-6 record and national Division III titles in 2015 and 2017.