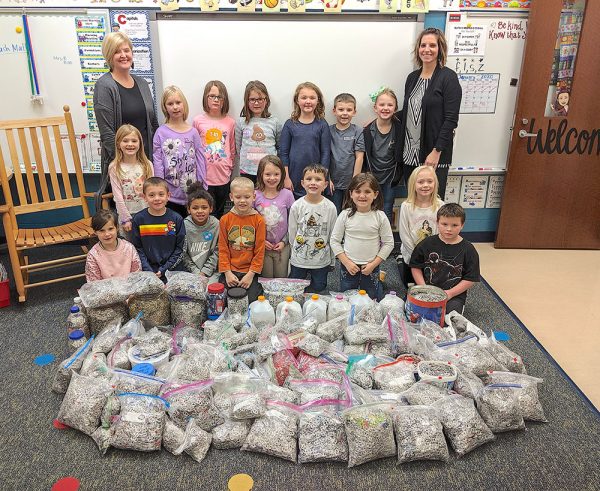 Port Clinton students in grades one and eight have organized an aluminum tab collection for Ronald McDonald House Charities. First grade teachers Christie Miller and Amanda Mooney at Bataan Memorial Elementary School, along with the entire school district, have teamed up for the collection.

All Port Clinton School District buildings were provided with a collection jug for anyone to bring in tabs and the response has been tremendous.
According to its website, Ronald McDonald House Charities in Cleveland reports that it takes approximately 1,128 pop tabs to equal one pound. Ronald McDonald House typically receives between 40 to 50 cents per pound of pop tabs.

The Port Clinton School District program brings in an average of $6,000 each year. Last year over 13 million pop tabs were collected, and more than just soda pop tabs were accepted. The tabs can come from energy drinks, soup cans, or anything with a metallic tab.

The Pop Tab Program is important because it provides extra revenue that can help make up for the donations that families cannot make.
Port Clinton students will be collecting aluminum tabs until April 3.