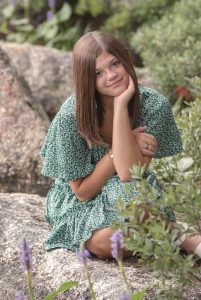 Averie enjoys the high school’s music opportunities and is a part of the talented Port Clinton High School A Cappella Group, Touch of Class, and Band. In band she was a selected for the OMEA district honors band two years in a row.

A student athletic as well, Averie participated in tennis, swimming and was co-captain of the Girls Soccer Team. She was a recipient of the Kiwanis Scholar Athlete award during multiple seasons.

Averie is the daughter of Billie and Andrew McGillivray. Next year, she plans to major in neuro science and is leaning toward attending The Ohio State University.