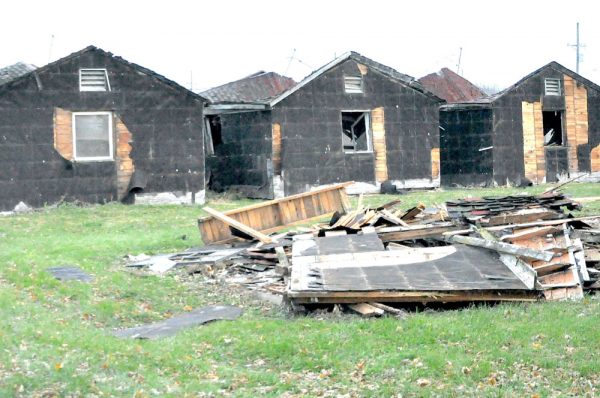 The final nine huts that housed German and Italian prisoners of war at Camp Perry are finally gone. Many shooters at the National Rifle and Pistol Matches over the years fondly remember staying in the spartan huts during the matches.

The final nine WWII prisoner of war huts in the southeast section of Camp Perry last week are finally gone.

The approximately 965 huts were constructed in 1943 to house German and Italian prisoners of war. The last POWs were repatriated to their home countries in 1946, and the huts were often used to house competitive shooters competing in the National Rifle and Pistol Matches.

The nine remaining huts were saved for a period of time as historic examples and might be used as a models for the construction of a replica in the future.

The final nine wood-framed structures survived 78 years of Camp Perry wind and weather on the Lake Erie shoreline and served the housing needs of countless participants in the annual National Matches each summer.