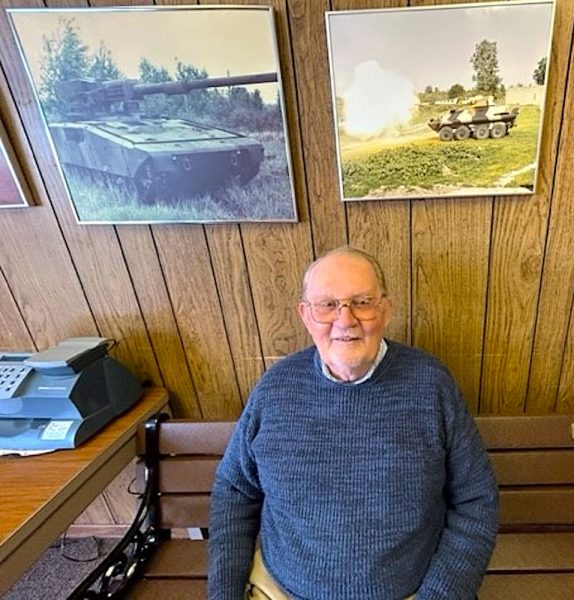 The employees of ARES, Inc. recently gathered to honor President Herb Roder for his completion of 50 years of service for the company. Roder joined ARES in 1972 as a shop technician, and over the past 50 years he has performed in variety of capacities, including becoming its President in 1999.

Over the years, Roder has been Senior Manufacturing Technician, Technical Supervisor, Manufacturing Manager and Program Manager before taking the helm at ARES.

Roder began his working career after high school as a laborer at U.S. Gypsum. He completed an apprenticeship program at New Departure, after which he joined the U.S. Army. During his time at Fort Knox, Ky., he had his first real experience with ordnance, a staple of ARES’s business.

When he left the U.S. Army he became employed by TRW at their Ordnance Development Center. When the TRTW facility closed he briefly worked at Standard Products, and then was invited by the late Gene Stoner (inventor of the M16 rifle) to join his newly-started company, ARES, Inc.

Stoner told him he could only offer six months of work – and that was 50 years ago!

Roder has been married to his wife Jackie for 65 years. They have a daughter, Janet, and son, Michael, five grandchildren and four great grandchildren, with one more on the way. They are members of Resurrection Lutheran Church where Roder serves on the John Braun Park Board.

The Roders have been residents of Catawba Island since 1959. He is an avid gardener, wood and metal worker, as well as an accomplished fisherman.

“We at ARES are very fortunate to have Herb as our leader,” said ARES Vice President Ann Yamrick, “His devotion and dedication to ARES have long been the foundation for ARES success.”