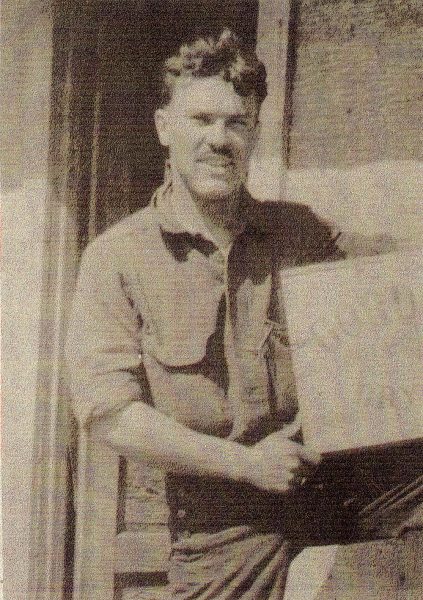 John Zetzer of Port Clinton owned one of the fastest boats on Lake Erie a century ago. It was named the Rum Runner, and reportedly could race from the mouth of the Portage River to Leamington Harbor on the Canadian side of Lake Erie in just 17 minutes. (Photo courtesy of Ed Zetzer)

A century ago, Port Clinton was turned upside down on Jan. 16, 1920 when the Volstead Act, best known as prohibition, became the law of the land. The sale of alcohol was banned in the United States, and the small city on the Lake Erie shoreline would never be the same.

Ohio became center stage for prohibition, and it was not well received in the Port Clinton area. The many wineries on the Lake Erie Islands were shut down, as well as the wealth of breweries in bigger cities, especially Sandusky. But booze was never very far away for those who enjoyed beer, wine and hard liquor.

Just a few dozen miles to the north, Canadian distilleries continued to produce alcoholic beverages. Dozens of schemes to bring booze across Lake Erie to satisfy thirsty Ohioans were quickly ramped up. The Detroit River became a rum runner’s paradise.

“My dad, John Zetzer, had a speed boat and a larger boat, and he and his brother, Joe, owned Port Clinton Marine on the Portage River in Port Clinton,” said Ed Zetzer, 68, who grew up in Port Clinton and now lives in Sandusky with his wife, Susan.

John Zetzer was a daredevil, and had the Dart speed boat built of strong, light teak in Toledo in the mid-1920s. The 27-footer had a slim 8-foot beam, and Zetzer brought it back to Port Clinton and had it outfitted with a pair of powerful 500-horsepower engines.

“Dad claimed he could go from the mouth of the Portage River to Leamington, Ontario, on the north shore of Lake Erie, in about 17 minutes,” said his son. “He liked to go fast. He even learned to fly, and once flew an airplane under the high level bridge in Toledo in the 1920s.”

The elder Zetzer’s main concern was “revenuers,” the federal agents who enforced prohibition. Or at least tried to along the extremely broad Ohio shoreline, struggling to staunch the flow of liquor from Canada.

Zetzer’s speed boat, named the “Rum Runner,” gave him an advantage. When he roared up the Portage River aboard the swift craft, he would head for a special slip at his marina that allowed him to hoist the boat out of the water and keep it under cover — and away from the prying eyes of revenuers.

“Up and down the Ohio shoreline it was like the Ohio Turnpike, there were so many boats running back and forth from Ohio to Canada,” said Ed Zetzer. “The area from Sandusky and to the east had its own set of bootleggers, and they respected each other’s area. My dad didn’t care about their operation. A lot of his booze went to the Purple Gang in Detroit, with the majority heading for Al Capone’s mob in Chicago.”

Sandusky had been a hub for breweries in the late 1800s. When German brewer Philip Dauch and Andrew Fischer teamed up to open City Brewery in Sandusky, a quality German-style premier lager, it flourished against the competition of “quick brews and ales.”

By the late 1880s, the Stang Brewery was annually producing 20,000 barrels of beer. In 1888, the Jacob Kuebler Brewing and Malting Company supplied fresh-brewed beer to guests visiting Cedar Point’s new beer garden, and soon was brewing 40,000 barrels of suds each year.

The Temperance Movement, which spearheaded the ban on alcohol, began slowly but picked up speed when The Anti-Saloon League was organized by Wayne Wheeler in Oberlin, Ohio. Methodists, Baptists, Presbyterian and other church groups supported the movement, fearing alcohol was the road to sin.

The National Prohibition Act was passed in 1919 and became law on Jan. 16, 1920. But many Americans wanted to drink, despite the laws against producing, importing, transporting or selling alcoholic beverages anywhere in the country.

The unintended consequences included an influx of organized crime from 1920 until prohibition’s repeal in 1933. Bootlegging began to flourish and the rum runners began transporting Canadian booze into the United States.

The beer, wine and liquor industries had been devastated by prohibition. In Sandusky, only one of the six original breweries survived. But the illegal sales of booze in the many speakeasys in cities big and small, and home-made bathtub gin, had thrived.

A century after prohibition, the Port Clinton has embraced the consumption of beer, wine and whiskey. Twin Oast Brewery on Catawba Island and the Catawba Island Brewing Company in Port Clinton are very popular. Heineman Winery in Put-in-Bay is a mainstay of the South Bass Island culture, Firelands Winery in Sandusky is a large local producer and Mon Ami Restaurant and Historic Winery has a very large wine selection. The new MORA law in Port Clinton allowing open containers of alcohol in a dedicated zone in Port Clinton has been popular. The move was patterned after the popularity of the similar DORA law in Toledo, and helps to draw crowds from downtown events ranging from the Walleye Drop on New Year’s Eve to car shows and concerts.