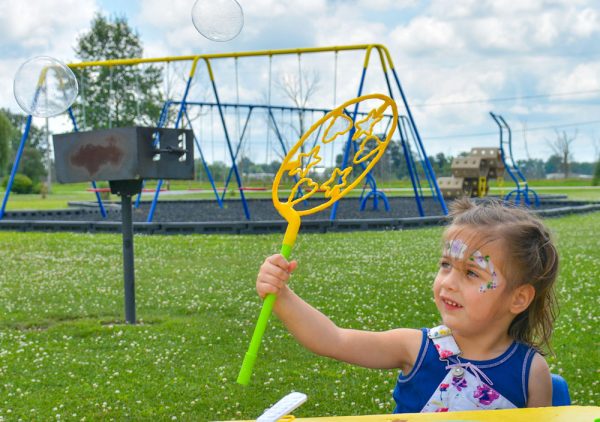 After Sonya Arnold’s 20-year-old daughter, Rachel Snyder, died of a drug overdose in 2018, she needed to find a way to help herself heal. She became a volunteer with Project Noelle, which helps children in Ohio and Florida affected by the opioid epidemic. Project Noelle provides holiday gift assistance, emergency clothing and diapers, support groups and more.

On Saturday, Aug. 6, Project Noelle Ottawa County hosted a Summer Luau at Hopfinger Zimmerman Memorial Park. Arnold was among the many volunteers who created a fun and memorable day for kids who have experienced loss because of the opioid epidemic.

“I volunteer because I lost my daughter to overdose in 2018. She didn’t have children, but she loved children, and this would have been special to her,” Arnold said. “This helps because I’m doing something in her memory.”

During the free event, children flew kites, made crafts, played games, learned to hula hoop, had their faces painted, blew bubbles, met super heroes, and ate a picnic lunch. Kendra Jackson of Port Clinton said her children were having a lot of fun at the event. 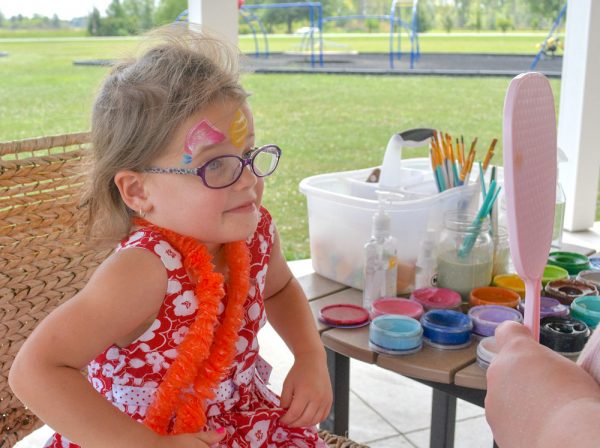 Aria Steiner, 4, reacts to her reflection in the mirror after having her face painted like a unicorn by Hayley Davis of Sunshine Expressions face painting during the Summer Luau hosted by Project Noelle. (Photo by Sheri Trusty)

“We were looking for stuff to do locally, and this is their favorite park,” Kendra said. “We’re having a great time. My daughter hasn’t left the craft table.” 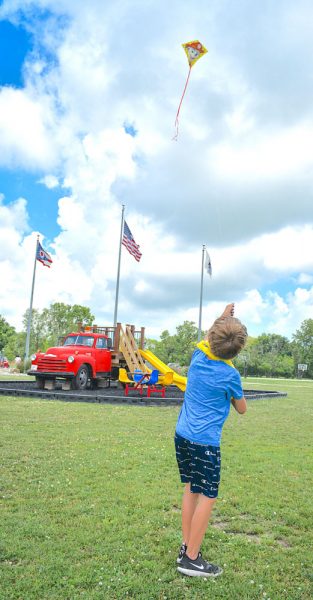 “I loved it. When it went down, I would just run,” said Archer, after his first time flying a kite.

Archer’s excitement was why Project Noelle volunteers work so hard for kids.

“We are having this luau for Project Noelle kids, so they can be amongst their peers and have fun,” said Project Noelle Ottawa County Director Laura White. “It’s just so the kids can have a good time in a safe environment.”

Project Noelle was founded by Keli Clark after her daughter, Noelle Maschari, died of an overdose in 2017. Then her son, Michael Maschari, died on an overdose last year. In the midst of her loss, Clark is raising her grandchildren and doing everything in her power to help children whose lives have been devasted by an overdose.

“I think it’s important for all the kids to have a positive place to get together, to know they’re not alone,” Clark said.

Clark has a team of volunteers committed to working by her side.

“I see all these children who have been left behind, and it breaks my heart,” Arnold said. “We want to do anything we can to help them have a better life.”

Project Noelle Ottawa County will host a booth at Overdose Awareness Day in Port Clinton on Wednesday, Aug. 31 and at the Oak Harbor Apple Festival on Saturday and Sunday, Oct. 8-9. For more information on Project Noelle, visit www.projectnoelle.com.