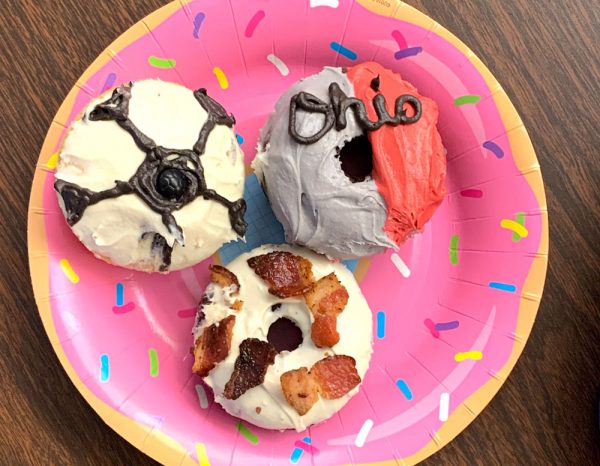 The three winning “Design a Donut” donuts were created by Riverfront Nutrition. (Photo by Sheri Trusty)

An R.C. Waters Elementary teacher’s lessons on persuasive writing turned out pretty sweet for her third-grade class. Alexa Weis challenged her Oak Harbor students to compete in a pretend “Design a Donut” contest. Each student designed a unique doughnut flavor and wrote a persuasive paper to convince a pretend doughnut shop owner to choose their creation for the featured doughnut of the week.

When Riverfront Nutrition manager Amber Barbour read about the project on Facebook, she turned herself into a real-live doughnut maker and made doughnuts inspired by three of the students’ creations. On Nov. 30, she delivered dozens of doughnuts to Weis’ class. 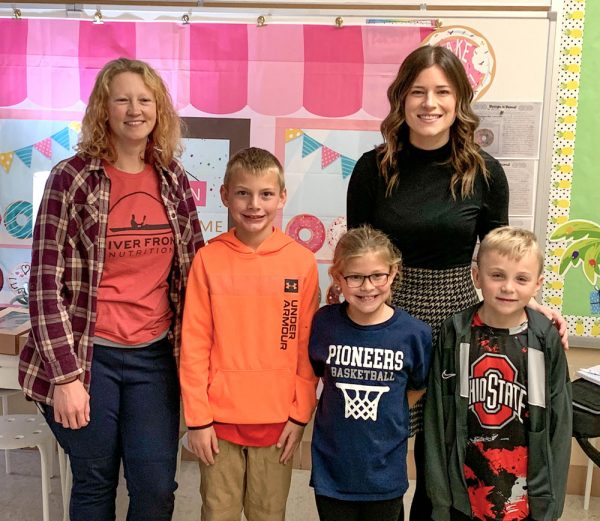 “I take regular doughnuts and make a healthier doughnut. They have some protein to balance out the sugar and carbohydrates,” Barbour told the class. “I tried to make these doughnuts as close as I could to your doughnuts.”

Johnson’s Ohio State Supreme doughnut tasted like peanut butter buckeye candy. He was inspired to create it after attending an OSU game.

“They won, so I was thinking maybe a football doughnut, and then I thought of buckeyes,” Johnson said. “Writing this was really fun. I thought I was going to get fourth or something. I was really excited to be in the top three.” 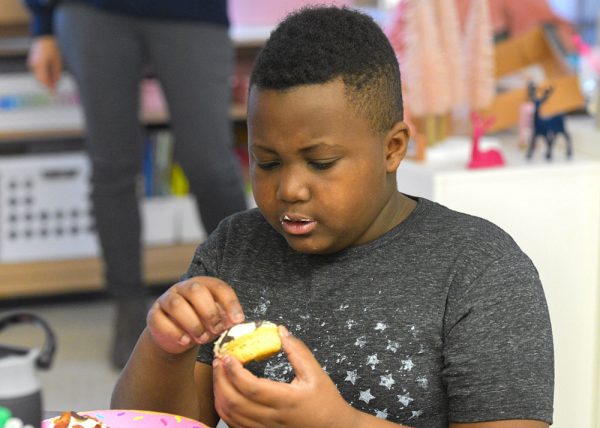 What did Johnson think of Barbour’s version of his Ohio State Supreme doughnut?

“It was really good. It was better than what I was expecting,” he said. “All the other doughnuts were good, too.”

Persuasive writing is an advanced skill for third graders, but Weis found a way to make writing relevant to a third grader’s life.

In the end, the students discovered that writing yields sweet rewards.

“I was surprised when I got called for my doughnut to be made,” Bauer said. “As soon as I heard, I told my parents. They couldn’t believe it.” 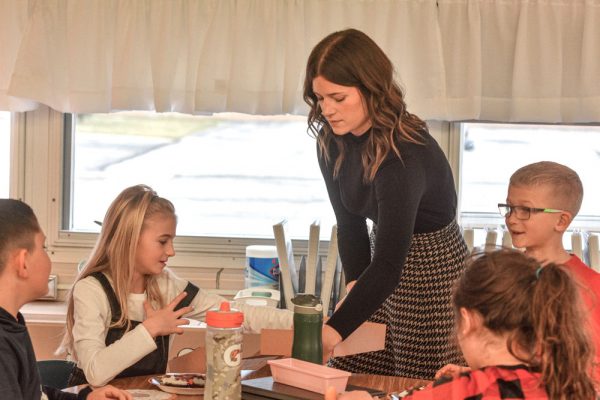