Swapping his seat in the Ohio Senate to accept the Chancellor of Higher Education cabinet post in Gov. Mike DeWine’s state government was a very good fit for Randy Gardner of Bowling Green. It has also a financial bonanza, with Gardner’s salary more than doubling, according to information released on Friday in Columbus.

Gardner has been a member of either the Ohio Senate or the Ohio House for 33 years, assuring a senator’s maximum pension. As a member of the governor’s cabinet, Gardner’s pension would be predicated on his top three years of state earnings, which will now be considerably higher.

Gardner’s Senate District 2 included Ottawa, Erie and Wood counties, as well as portions of Fulton and Lucas counties. A respected legislator, after winning the November election Gardner was selected as Senate Majority Leader by an impressive 28-0 vote on Jan. 7. On Jan. 9 he accepted DeWine’s offer of the cabinet post that more than doubled his salary.

Gardner will be Ohio’s highest paid cabinet official, topping DeWine’s annual salary of $154,248. Lt. Gov Jon Husted, who will also be in charge of InnovateOhio, a new state agency overseeing a variety of departments, will make $176,426.

Gardner will be paid more than both, and so will Director Stephanie McCloud ($184,955) of the Bureau of Workman’s Compensation and Kim Murnieks ($177,008), nominated as budget director. 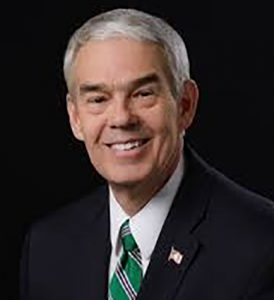