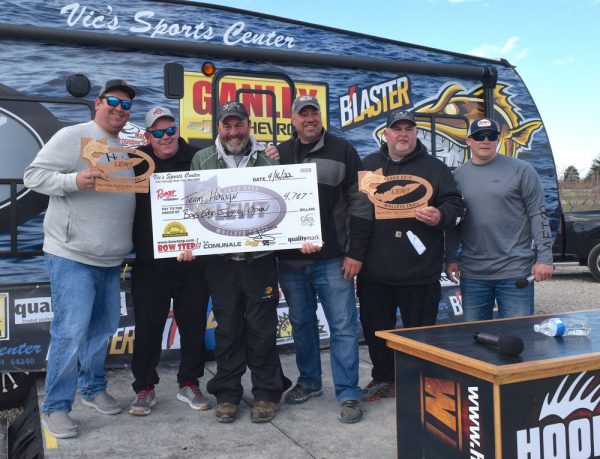 Mother Nature provided the perfect dose of cooperation last weekend, helping a pair of walleye tournaments launch a new fishing season on Lake Erie that has been forecast to be its very best in decades.

The Lake Erie Walleye Trail (LEWT) debuted its inaugural LEWT Cast & Jig Open on Saturday, a fun walleye tournament challenging teams of anglers to catch big walleye using the old-time tactics of casting lures. To the west, the Rossford Walleye Roundup on the Maumee River sent out two-angler teams to fish with the pro anglers relying on the most modern techniques and space-age equipment on Friday and Saturday and do the same.

The typical spring walleye weather in Northwest Ohio had worried tournament officials, as perilously big winds had waves building heading into the weekend.

Fortunately, the winds died down and the walleye were hungry.

“Finding walleye wasn’t a problem,” said Capt. Steve Ashley of Hawg’n Charters, whose team of Kody and Kevin Ferguson and Kevin Leader won the event with a tournament limit of five walleye weighing 30.73 pounds, an average of more than 6 pounds. “It was just a matter of catching the big ones.”

The biggest one for Ashley and his team was an 8.27-pound walleye, second best only to Darryl Brundage’s 8.53-pound walleye. 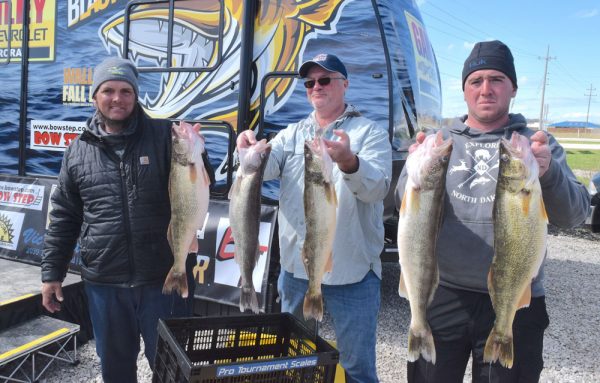 Finishing third in last Saturday’s LEWT Cast & Jig Open on Lake Erie at Port Clinton was the Fish On Team, with 25.60 pounds. From left to right are Aidan Yoder, John Hershberger and Terry Johnson. (Photo by D’Arcy Patrick Egan)

“Just like the good, old days, we started out casting jigs with hair skirts to the shallow reefs,” said Ashley, a Lake Erie fishing guide for 32 years. “We must have caught a couple of dozen walleye in the first 45 minutes, but they were all in the 18- to 20-inch category.”

That called for a change in tactics, a long boat ride to deeper waters north of Kelleys Island, and a switch to worm harnesses with gold blades. Drifting in the wind and casting lures, they caught bigger walleye to take home the $4,787 top prize. Second in the 31-team field just a half-pound behind was the Duffy’s Deadbeats team skippered by Mike Defibaugh with 30.19 pounds.

The 42 two-angler teams of pro walleye fishermen in the Rossford Walleye Roundup hosted by Bass Shops were another breed, relying on the latest technology to find their fish and using precision trolling gear to tempt the walleye to bite.

Two of the new young stars of Ohio tournament walleye fishing, teammates Jacob Runyan of Cleveland and Pennsylvania’s Chase Cominsky, lowered a two-day limit of walleye on the scales that weighed 68.29 pounds to win $10,000. Joe Whitten and Jim Preisser (64.84 pounds) were second, with Travis Dulude and Dave Keyser (62.23 pounds) third. 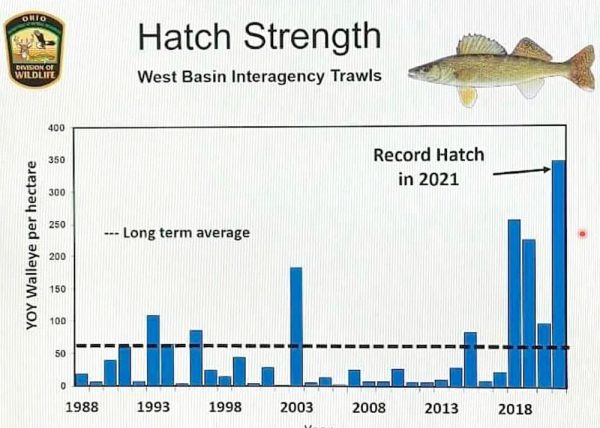 While all of the fishermen were trying to prove they had the right stuff to win, they were also proving the Ohio Division of Wildlife’s point that Lake Erie is the greatest walleye fishing lake in the world. Lake Erie’s shallow Western Basin is prime spawning habitat and consistently good spring spawning seasons, or hatches, have fishermen coming from far and wide to enjoy the impressive fishery.

The Walleye Capital of the World, Lake Erie will own that title for years to come.