Redskins drop close one at Willard, 61-56 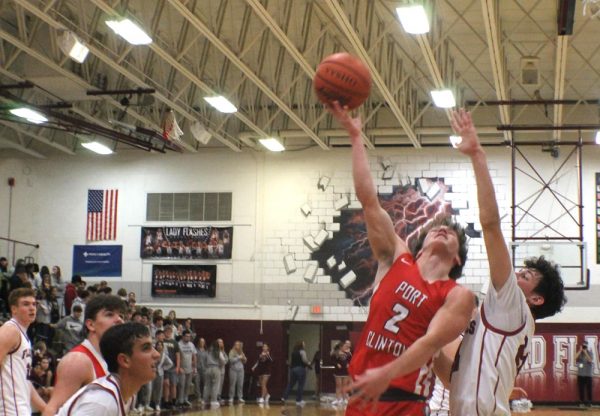 Nolan Chambers (2) of Port Clinton goes up for two of his 14 points against Willard. (Photo by John Schaffner)

Basketball is often a game of streaks. One team gets hot, then the other. Conversely, one team can go ice cold, which is what happened to the Port Clinton boys’ basketball team on Friday in a 61-56 loss at Willard.

It was a close game throughout. The Redskins led by two after the first quarter. Willard grabbed a 2-point lead at halftime. Both teams scored 17 points in the third quarter.

That’s when Willard got on a bit of a roll. They got hot while the Redskins did not. With the exception of a Jackson Beasley 3-pointer with just inside of a minute left in the game, the Redskins shot well under 50 percent for the game, and hit on only 4 of 10 from the free throw line.