Redskins hope to get over the playoff hump 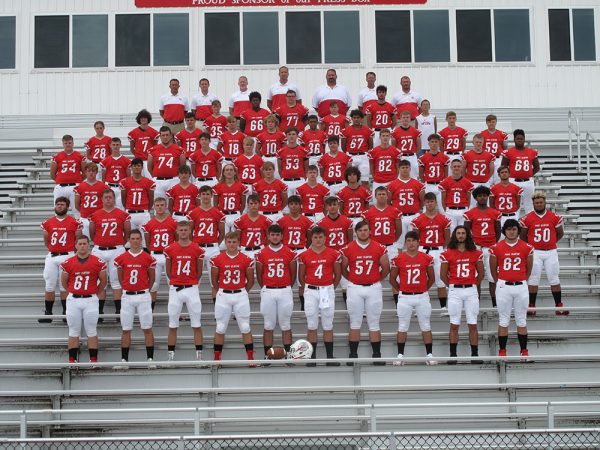 Preview: The last two seasons have seen Port Clinton play competitive football but fail to make it to the playoffs. This year, there’s reason to believe the Redskins will get back to the postseason.

Colton Klima is back at quarterback, and he will have increased responsibility this season.
“He looks good right now. He’s certainly more consistent from last year. His growth, his maturity, he’s more of a leader. I think the kids respect him because he’s put in the work. And he makes plays,” said Port Clinton coach Beau Carmon. “He gives us the best chance to win, and he has a special arm. Anyone can go out and have a big arm, but it takes someone special to read coverages. Up to this point, he’s really improved upon that.”

Running back Cooper Stine is coming off a very successful season and is back to lead the rushing attack. The four-wide set will feature the likes of Zach Weldon, Zayne Manning and Jonah Sidney at wide receiver.

“We want to run more tight ends this year and use an H-back,” said Carmon. “We’re still going to run the football, but we do have some new formations, (and) we’ve gone back to a no-huddle this year. I think we’ve had success with a paced, no-huddle approach and being able to spread the ball around the field.”

The 4-2-5 defense features Chapman and Ethan Cantu as the defensive ends, Faulkner on the inside and a number of players — Gabe Scott, Mike Recker, Hunter Schell and Dylan Snyder — who can play nose guard.

Stine and Alex Rumbarger are the linebackers and there are a bevy of players who will see time in the secondary.

Webb and Garrett Cornell will see time as the hybrids, Gillum and Aukerman will battle it out for playing time at free safety, Weston Laird and Webb will see time at strong safety and Weldon, Sidney and Jackson are the cornerbacks.

Last season, the defense kept Port Clinton in nearly every game and allowed 14 points or less in six of its games.

“It’s insanely important. From a mental and physical aspect, if you have a defense that is smothering and can consistently stop the run, that can take the wind out of your sails,” said Carmon. “I think a defense can change momentum very quickly.

“We were plus-3 or plus-4 in turnovers last year. I think we need more production from our secondary. In high school, it’s always about stopping the run first.”