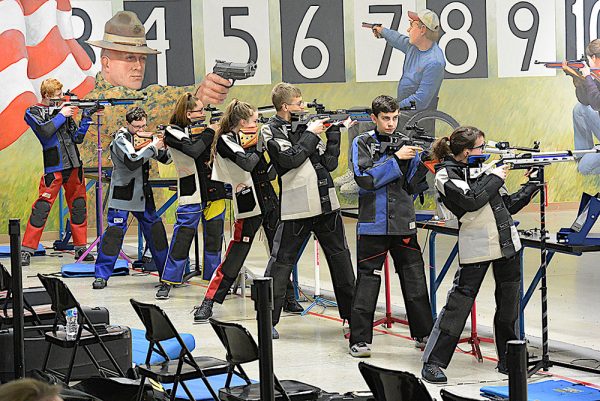 Registration is now open for one of the Civilian Marksmanship Program’s (CMP) leading events heading into the junior air rifle competition season.

The Gary Anderson Invitational, held Dec. 7 at the Gary Anderson CMP Competition Center in Camp Perry, is open to junior schools, clubs and individuals of all experience levels. Adaptive shooter junior competitors are also welcome to compete in this event.

The match is a three-position air rifle tournament that follows the 3×20 Course of Fire, where each competitor completes 20 shots from prone, standing and kneeling positions with either a sporter or precision air rifle. The top eight shooters from each relay advance to a 10-shot final. Winners are determined overall from scores recorded at both Camp Perry and Anniston.Top four-member teams are also awarded based on each member’s combined scores.

The Anderson section at the CMP Competition leads to an 80-point air gun range that replicates the CMP South Competition Center range. Be sure to check out the larger-than-life mural located within the range that can only be found at Camp Perry.

In 1999, Anderson began a 10-year reign as Director of Civilian Marksmanship and retired in December 2009. Today, he serves as DCM Emeritus and remains a mentor for new and experienced, old and young shooters around the country.

For more information about the Gary Anderson Invitational, visit http://thecmp.org/air/cmp-competition-center-event-matches/gary-anderson-invitational-air-rifle-championship/.